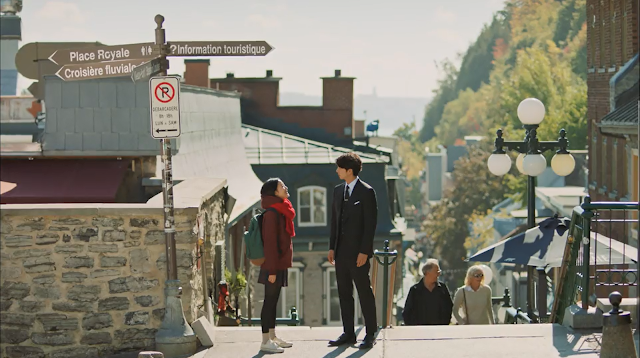 There's a total alchemy to this show, which has swept me up and makes me feel for the moments, both grand and small, around its star goblin. Gong Yoo has never been better, and what a role this is, with plenty of pathos and humor up for him to showcase. The other characters, from Eun Tak to the Reaper and Sunny, are also more or less likable and interesting in their own way, but there's no question that this is the story of one man and his quest for love and a perfectly human ending. 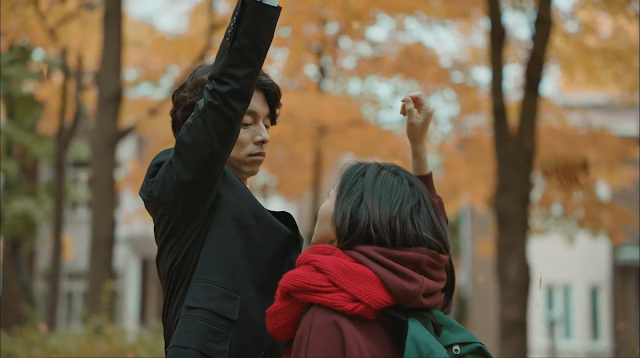 I wasn't able to finish either of the last two dramas from Kim Eun Sook (Heirs or DoTS) largely because I wasn't invested enough in either the characters or story in those two hyped up pieces. But fantasy is nearly always a compelling undertaking in a Kdrama, and I've been more than pleased with the mysterious mythology that anchors Goblin. It's tragic enough to get you invested in the Goblin's journey, and unique in a way that makes you wonder how a happy ending may be possible for our hero. Despite its mythical undertones though, at its core this is solidly a romance drama (as have been everything else in this writer's resume). It skews a bit cheesy at times (the slomo definitely should have been toned down in the first couple episodes), but as a whole it's well-rounded enough for me to give it a pass, especially as it features some of the most beautiful backdrops I've seen in any Kdrama. 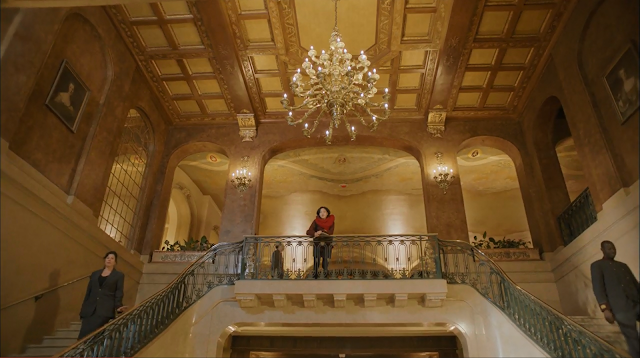 Goblin's main strength is clearly in its directing. It's no simple task to be able to juggle comedy with melancholy, yet this director manages to easily switch between the two, making a well-landed joke in one moment followed by a tear-inducing sequence in the next. It never trivializes the characters even when making cracks at their expense, and I appreciate that because the core of a good drama must always be a set of stirring characters that get us invested. I'm also a massive fan of its haunting OST, especially the main song Stay with Me. 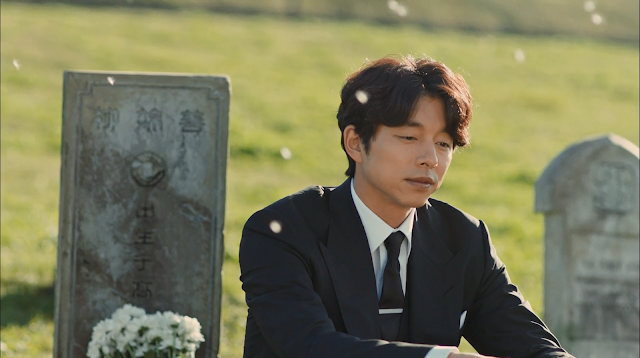 In terms of characters, Gong Yoo's Goblin truly warrants the hype and big-budget production values for his small-screen comeback. He's never been funnier or more dashing than here, though I say that having really only seen him in Coffee Prince (and I suppose the ill-fated Big). It's hard to not like a handsome, thoughtful, yet delightfully immature and relationship-inexperienced leading man; it's a formula that's worked countless times before and works just as well here, and perhaps even more so with the heightened stakes and tragic backdrop. His is the character that I like and feel for the most, and there's nothing quite like Gong Yoo sweeping in with a perfectly tailored suit or coat, jettisoning about the awe-inducing Quebec City. 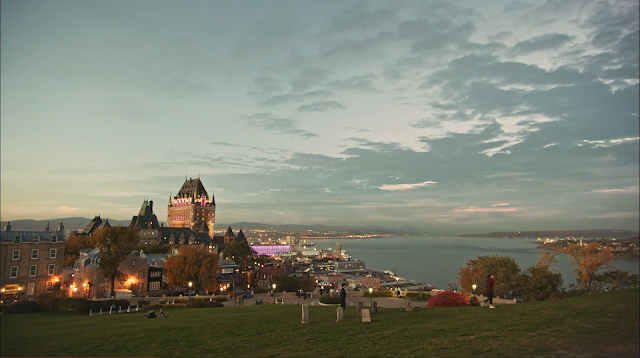 Indeed, as far as filming locales are concerned, this is probably one of the best-done foreign-set drama sequences ever, not only because Quebec City is just such an understated gem of a city (have visited once and it truly is as magical as it appears on screen), but also because the drama manages to avoid the squirmy English sequences. It's one of the reasons I fell for this drama in episode 2, which is lovely on so many levels. 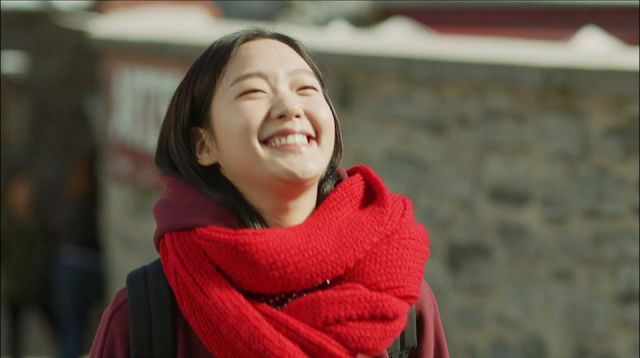 Eun Tak took me a bit longer to get used to, though I'm relieved to say I generally find her endearing and sweet without being grating after the first two episodes. It's the first time I've seen Kim Go Eun, and I'm pleasantly surprised at how well she plays 19 despite being 25. She captures the youthful innocence and childishness of the role, but manages to balance that out with a restraint that keeps the character from being irritating. I can't say that she and Gong Yoo have the best chemistry, but it's good enough for what it is given the age gap. 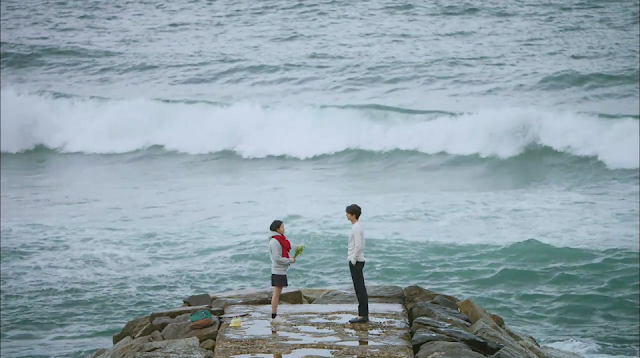 I think the one weakness in the story is that I'm still not entirely sure why it took him over 900 years to fall for a girl who frankly isn't all that remarkable, ghost-seeing and goblin's bride status aside. Yes, she has a tragic side story, but it's not enough to make her character more than mildly interesting (especially next to him). As far as Kim Eun Sook's heroines go she's perfectly fine, but I'm just not seeing what is so particular about her that would make someone fall in love for the first time in nearly a millennium. She's ok, they're cute together, and that's really it. They don't excite me or make me root for them more than the circumstances warrant, and indeed I sometimes feel like their glorious backdrops (the crashing waves! The sun-lined streets of Quebec City!) far overshadow their actual character interactions. But it's a mild complaint in the scheme of things, and I'm hoping I'll grow to care more about their relationship in the episodes to come. 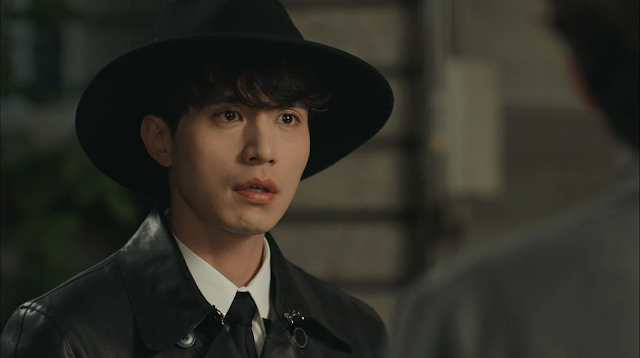 Moving on to Reaper and Sunny, I think it's very obvious at this point that they are respectively the King and Queen from Kim Shin's past, and at the very least I'm looking forward to his reunion with Sunny and realization of who she is. I'm not sold yet on the Reaper/Sunny romance, because again it's been based more on circumstances and fate than any real romantic chemistry or true interaction. They kind of just stumble about awkwardly any time they're together, and let's be real, if this were real life they wouldn't have made it past the first date.

Lee Dong Wook is fine as Reaper, but I wouldn't mind seeing a little more emotion and something other than a deadpan stare out of him. I like his interactions with Gong Yoo, but other than the comedy, I'm not feeling all that much from his character and I can't even say I care much for his fate with his former wife or nemesis. It's all a bit meh. 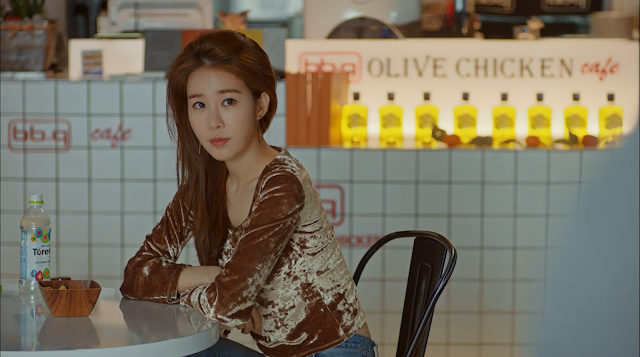 Yoo Inna is so pretty here, and it's a pity she's been relegated to relatively few scenes and to playing second fiddle to the big story and mythology behind Goblin and Reaper. Her scenes in episode 2 were absolutely killer with understated humor and character potential, so it's rather disappointing that they've transformed her from a wondrously quirky chicken shop owner to a lovesick little girl in the recent episodes. Can we have heroines that live for something other than a soulmate for once? 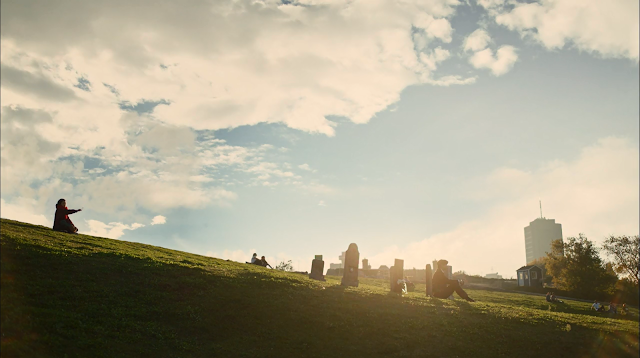 Despite its flaws, this remains one of the dramas I'm most excited to reach for each week, and it's worth it almost for the cinematography alone. The writing is also a step above in terms of maturity from Kim Eun Sook's other works, and befitting of its large scale budget and acting talent. I'm just hoping they don't drag out the whole sword-pulling angst unnecessarily, and I'm of the mind that there has to be some loophole that will allow him to live with her in peace through the rest of their lives. Perhaps he'll just become a normal human after she pulls out the sword, with regular aging and eventual death? I do think the ending would be more grand if he actually died, but the comedy and this writer's track record make me more inclined to believe it'll be a happy ending for all.

I also suspect from the scenes with Eun Tak as a 29 year old (and the fact that Kim Go Eun is 25) that we are in for a time skip, which may make sense given the young age of the heroine. The 19 year old romancing the 900 year old ahjusshi doesn't really bother me, and I almost rather like how young and impressionable she's meant to be. But agree that an older heroine would be more appropriate, and while time skips rarely play out as I'd like, I suppose we won't have a choice regardless. Either way, here's to hoping Goblin keeps up the momentum and closes out the year in a good way.

You can watch Goblin here 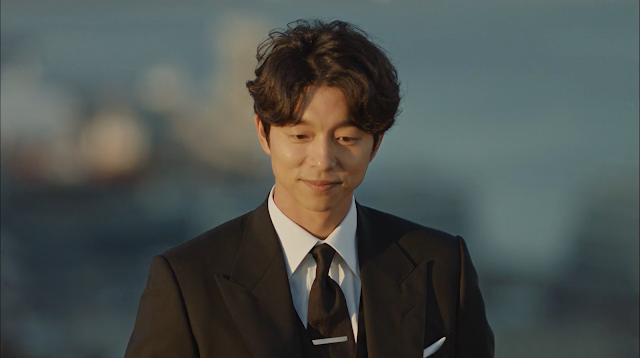