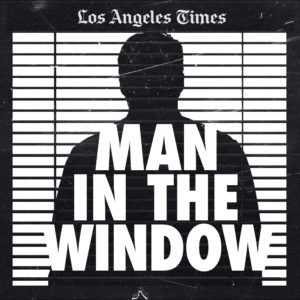 If you're a fan of true crime podcasts (think Dirty John and Doctor Death, both by the same producers), Man in the Window definitely deserves a listen. But be warned this one takes the terror level up about 10 notches, recounting in spine-tingling, paranoia-inducing detail the crime history of the Golden State Killer. Scariness aside though, this is a tremendous piece of audio journalism, managing to not only guide us through the events that unfolded year by year in the horrific decade from the 1970s to 1980s, but also weaving in the political and legal backdrop that enabled a man to get away with over 100 rapes and a dozen murders for half a century.

The backdrop of this is the Golden State Killer, a man who committed serial theft, rape, and murder from 1974-1986 across California. The case received renewed interest when in Feb 2018, the book I'll be Gone in the Dark was published posthumously by Michelle McNamara. It recounted in detail each of his crimes, and is rather morbidly attributed with causing the anxiety that resulted in the eventual death of its author (who passed from a heart condition and drug overdose). Also I found that her former website True Crime Diary is spookily still active (including early age podcasts featuring her voice) for those curious to visit. Coincidentally enough, two months after the book was released, police officers were able to link DNA evidence from the Golden State Killer to a man now in his 70s, Joe DeAngelo, who is pending trial.

Even without all the recent publicity, the case is darkly fascinating and frightening in its sheer inevitability, featuring a killer with that fearful combination of intellectual capacity, physical strength (a navy veteran at that), time and willingness to wait out for his victims, a psychological desire to feed off the brutalizing and suffering of others and complete, cold-blooded evil. In an era before street cameras and home security (it is quite fitting that one of the podcast sponsors is a home security system), what could any of us do when a man would literally spend months to years secretly observing your day to day routines and steadily plotting out his attack, down to leaving tools for himself in your house while you're out? It makes me shudder to even think of, and makes me so, so incredibly thankful for modern technology.

Making matters worse was the political climate of that era and the sheer incompetency of the police forces across the state, which the podcast casts a critical and comprehensive eye on. It's incredible to think about now, but rape at the time was not viewed as a "serious" crime, and California had a statute of limitations on rape cases paired with lenient sentencing of culprits that resulted in rapists either getting out of sentencing or getting so little time behind bars that serial rapists could come out and commit further crimes a few years later. In fact, it wasn't until 2016 that California eliminated the statute of limitations (10 years previously and I believe as short as 3 years at one point in the case), which blows my mind.

The host of the podcast, Paige St. John, also holds interviews with one of the original police officers that investigated the case, illuminating so much of the bureaucracy and ineptitude that took place behind the scenes. She doesn't quite say so much, but we the listener can clearly infer her message - the uncoordinated police reaction was a big factor in how this man got away with savage murder and rape for nearly 50 years. It likely helped that Joe DeAngelo was a former police officer (with the nearby city of Auburn at the time he terrorized Rancho Cordova), who had an ear on the investigations and could plan his attacks accordingly. The clear play of politics and territoriality in police motives was distressing but also informing to hear about and critical to be aware of, and hopefully this public revealing through the podcast can spur future improvement in these operations.

What makes the podcast worth a listen are the incredible interviews Paige conducts with the surviving victims, who retell with such courage their encounters with the criminal. They are all women, who had to deal with unimaginable horrors both during and after these events. With the blatant trivialization of sexual crimes at the time, many could find no comfort and no one to relate to afterwards, with families that forbid them from discussing the events and police officers that blamed more than they helped. It was truly heartbreaking to hear. And in one case, we even get an audio recording of the man himself as he called and snarled threats to the victim weeks after raping her, which was one of the most shudder-inducing things I ever heard. But the victim was able to speak about that and her incident with complete candor and even a touch of humor, which is admirable.

What personally interests me about this case is the geography. As a native to the suburbs north of Sacramento, I'm familiar with all the locales referenced, from Rancho Cordova to Carmichael to Citrus Heights where he was finally caught. I've even taken classes at the Sierra College in Rocklin where Joe DeAngelo pursued his degree and met the famed Bonnie. Indeed, these quiet suburban neighborhoods are full of single family households, with little street security even now, and I can see how easy it would be for someone determined to prowl unseen in the decades before. Additionally, as a young girl who would often stay at home alone, these crimes are so tragically relatable. It's just so disheartening when you hear these stories in the world, and you wonder at how anyone could commit something so horrific and not feel any remorse or face any punishment even now.

So while this is undoubtedly a difficult podcast to listen to at times, I think many will find it impossible to put down and truly insightful in its honest review of the history and law around sexual crimes. It's also a mystery, which I'm hoping the final two episodes will unravel in part, though much I'm sure will remain untold for now. What were the details behind his discovery and arrest? What is his background, and how could he have gone for nearly 10 years living a horrifying double life only to disappear after? What can we learn from his psyche and motivations? What does his family think of everything, and how did they not realize this was happening at the time? And importantly, what can we possibly do to safeguard ourselves against a future criminal like this, whether it be in better training our police forces or employing everything technology has to offer to persecute and stop these crimes as soon as they start being committed?

I wait eagerly for the final episodes to be released. In the meantime, I hope others will listen to and enjoy it, if only because I need others with whom to bravely talk and speculate about this.

For those interested, below are related articles to the case that I found helpful:
And yes, I know it's been a while since I published anything, but stay subscribed and I'll be back with more podcast recommendations and beloved K drama reviews (which I desperately need to unwind with after this).
Email Post
Labels: Other Entertainment Podcasts