What to watch this summer: My Top 3 K-drama rom-coms

There are few better feelings than cozying up on a warm summer evening to a really good rom-com for hours on end. Since it's been so long since I've done a K-drama review, I figured I'd round up my top three rom-coms of the last two years into one post, for folks to watch (or re-watch) and enjoy while the air is hot and we are in the mood for heady summer romances.


Before I get into the dramas, I wanted to share the 5 qualities that I've identified as necessary for a solid K-drama rom-com:
I would say that while I have watched many a romantic K-drama, very few have been able to meet all of these criteria, and thus this list has been carefully edited down. So in order of their airdates, here are my picks: 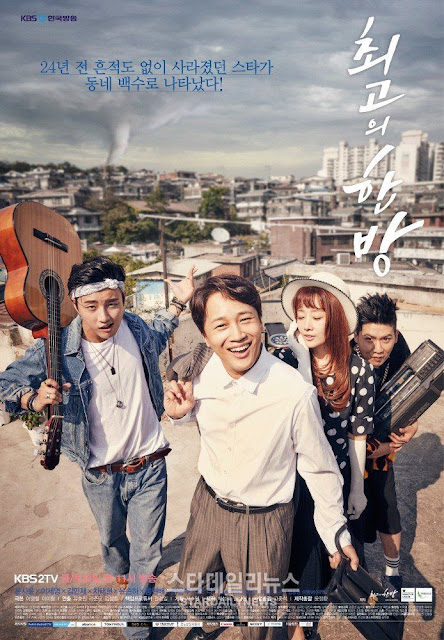 First things first, this drama has probably my favorite soundtrack of all time, which is completely appropriate given it revolves around a time-traveling pop idol and his trainee "son". Every song is pitch perfect and catchy while carrying an emotional beat, and to this day I could happily listen to Beautiful Beautiful all day. The story features a wacky premise, and no the logic is not at all sound, but boiled together with a perfect cast, an odds-defining romance and lots of absurd comedy, it works seamlessly. 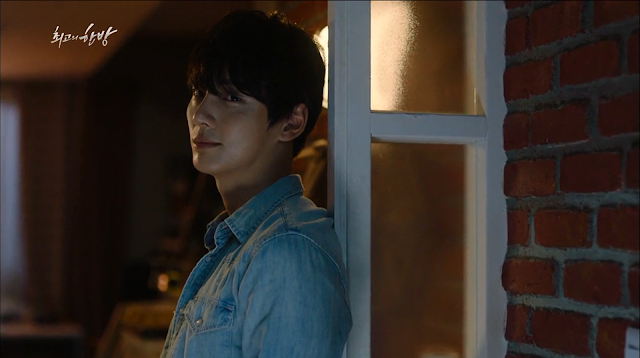 Yoon Shi-yoon is absolutely made for this role, which made me rediscover how much I adore him. When he's on, he's on like no other, and he clearly poured his heart into creating Hyun-jae. Admittedly, Hyun-jae veers far into the childish and immature side during the early parts of the drama, but gradually matures as the story deepens and as his love line grows. It's a truly poignant arc, and no one but Yoon could have balanced the light-hearted moments and goofiness with the melancholic moments as Hyun-jae wrestles with where he belongs. 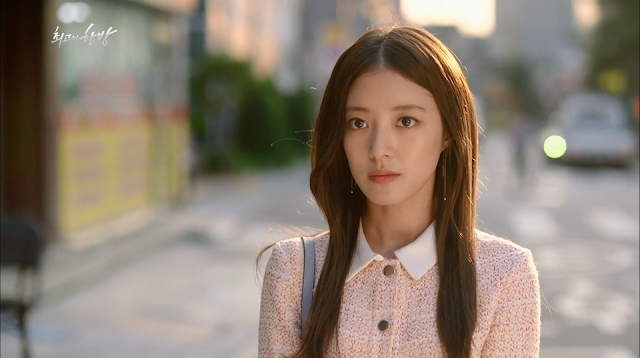 Lee Se-young, who I haven't seen in much else, made Woo-seung also so fun to watch and not to mention had pretty potent chemistry with Yoon. Their romance was long-simmering and took a long time to build up, and truthfully the best (and most aggravatingly addicting) part was in how tenuous and unlikely it seemed til the very end. 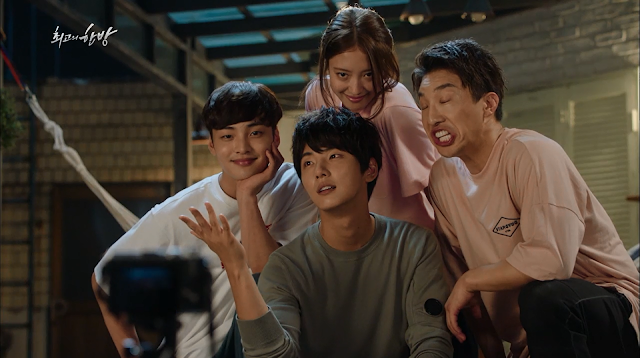 Romance aside though, what rounds out this drama and made it so watchable is its incredible ensemble cast, with Cha Tae-hyun leading the older generation and putting in a beautifully warm performance as the one constant to Hyun-jae across both of his timelines (it's also worth noting he directed the drama). Hyun-jae's former partner Soon-tae is a riot to watch, as is the hilariously nonchalant MJ (played by Cha Eun-woo, who features in the next drama in my list). There's also no shortage of cast cameos, which long-time K-drama fans will enjoy. 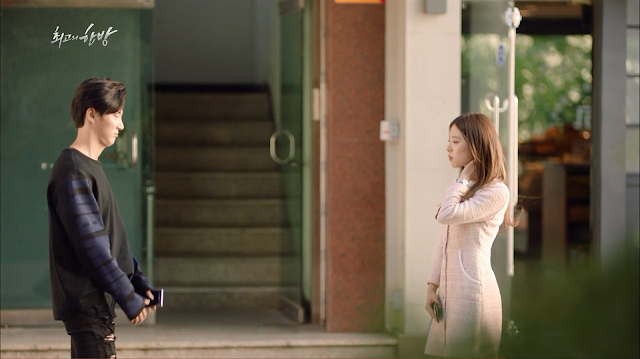 My only qualm with this drama is its ambling pace. There's 32 half-episodes, and while I didn't necessarily feel bored while watching, in retrospect there were definitely sequences that could have been tightened down or excluded. Some side characters also got more screentime than they warranted in the early half (that's you, MC Drill) and it was clear the production was trying to fill out some time. Going with that, the product placement, while clearly intentional and hilarious in how blatant it was, was also truly overwhelming, especially in the early episodes where it felt like we were whacked in the head with scene after scene featuring it. 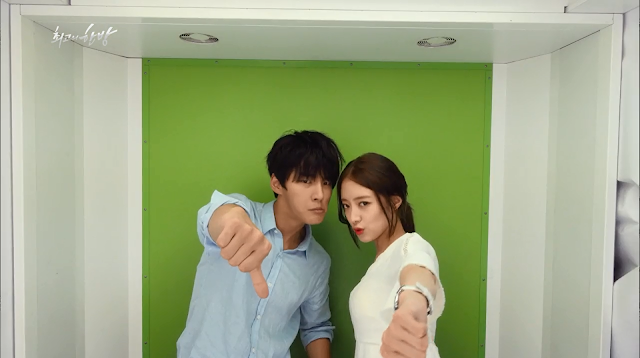 But those flaws aren't enough to get in the way of how much I loved this drama, and in how happy it made me from beginning to very end (and how much it hooked me along the way). This is the definition of a perfect summer drama, and I couldn't recommend it more highly if you haven't seen it yet.

My ID is Gangnam Beauty 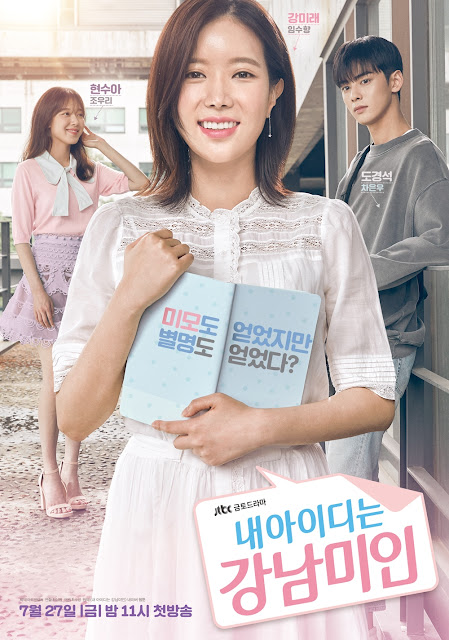 While The Best Hit made its mark with over-the-top comedy and a soulful brightness, My ID is Gangnam Beauty makes my list for its surprising depth and stunningly relatable characters, especially its heroine. For being a story about a girl who undergoes plastic surgery and then (re)meets the perfect guy, it is shockingly not at all about the looks. Plenty of other dramas have done the whole plastic surgery transformation arc, but none have been realistic or honest about the topic in the way ID is. While those other dramas have tended to focus only on the positive aspects of getting surgery, usually by featuring its actor or actress in a fat suit prior to the surgery followed by her in a glorious bodycon dress right after (which btw, is NOT realistic and is honestly a terrible thing to be showing to a plastic-surgery obsessed society), ID delves into the deeply human reason for why Mi Rae chose surgery and then to its consequences on those around her.

I had no shortage of tears, especially in the first half of the drama, as the drama slowly peeled back on her backstory and how bullying ultimately motivated her drastic decision. It also showed the very real consequences of suddenly changing one's appearance, from her father rejecting to gradually adapting to his daughter's foreign, "pretty" appearance, to what happens when old classmates realize what you've done. I'm sure many girls watching will be able to relate to her struggles with her appearance and ultimate choice to undergo surgery (I absolutely did), and be better positioned to embrace themselves as a result of watching Mi Rae's introspective journey. Indeed, I so loved Mi Rae as a character, who was deeply human but also felt like a complete, kind person who endured everything with positivity and heart. It's no surprise why the seemingly unattainable Kyung Suk (Cha Eun-woo in his first leading role after The Best Hit) starts to fall for her, and it's truly ground-breaking for K-drama land when she and those around her come to realize just how little appearances matter.

The romance itself is also so innocent and sweet in a way that only college campus dramas can capture. The leads are of course visually gorgeous together, but the heart of their loveline is in their shared values and love for each other beyond the physical. Admittedly, the last few episodes are a bit slow and there is too much time spent on the rather frustrating and one-note Soo-ah character, but overall it's such a heartwarming watch, and one I remember already with nostalgic fondness. Perfect for those thought-provoking, wistful summer nights. 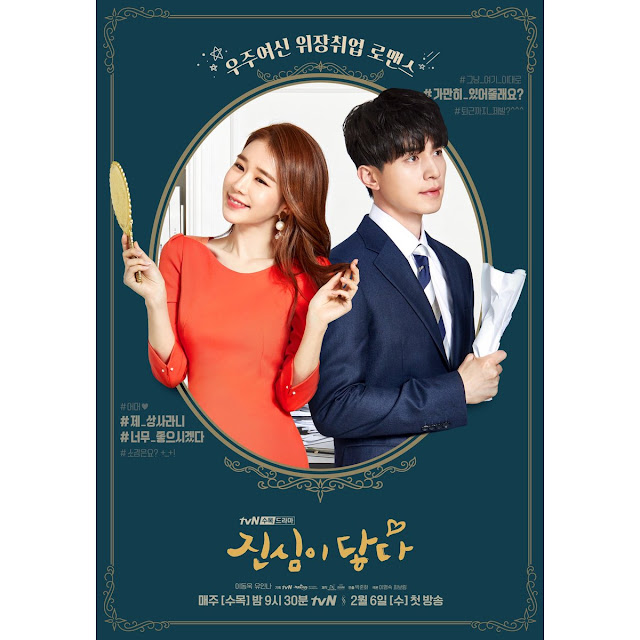 Unlike the previous two dramas, Touch Your Heart is set in the winter rather than the summer, but that doesn't take away from its sunny cuteness and laugh out loud hilarity. Indeed, of the three, this drama made me laugh the most and features some of the funniest sequences I've ever seen in any drama. It is also probably the most traditional rom-com of the three, in that it features an opposites-attract contract plot line with a forbidden love angle, a "noble" separation, and many of the other more formulaic elements. BUT that doesn't mean it isn't wondrously entertaining, and you would regret not giving this one a chance.

I was admittedly very skeptical going into this drama, as I didn't particularly like either Lee Dong Wook or Yoo Inna in Goblin (they were tepid at best, and annoying at worst in that overhyped drama). But after watching a few episodes, it became clear that these are two actors who can really shine and bring on the chemistry when given the time and opportunity to build up their characters. It made me love both again, and to actually enjoy them as a couple. Truly, this is one of my all-time favorite couplings now, as the two of them together was that right mix of hilarious, sexy and endearing. Their scenes together made me roll with laughter, while also making my heart beat in anticipation of their growing connection together.

What further boosts this drama is its wonderfully funny cast of side characters. I loved everyone in the law office, from the hilarious manager to the mom-loving lawyer. And while the cliches are aplenty here, the drama doesn't dwell overlong on plot devices like the crazy exes or political crusades, so nothing feels overwrought. Certainly, I wish they'd thought of something more creative and interesting than those tropes, but at least they went by quickly and didn't take too much away from our cute couple, who are truly far and away the stars of the show.

While it won't be the most novel drama you'll see, it's certainly a fun watch, and if you're looking for a light-hearted, laugh filled ride, this fits the bill perfectly.

Song pick: What if Love (so cute and catchy)


Alright, that's it for my picks! Let me know in the comments if you've seen these or if you've enjoyed other rom-coms, I'm always in the mood for them (all year round in fact) :)
Email Post
Labels: dramas Korea Yoo Inna