A Day in Astoria, Queens NY 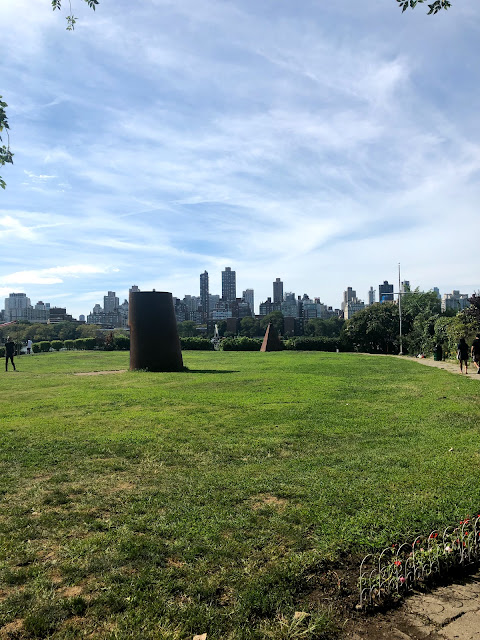 I'm starting a travel feature on this blog, as I've been making it a goal of mine to visit more spots across the US and sharing my real thoughts and itinerary. Hope this is helpful!

This past Labor Day, in the pursuit of a local and affordable day trip around NYC, I paid a visit to Astoria, Queens. Inspired by this post, I wanted to share my itinerary and experience for others planning a day here. Overall, while I was glad to have explored the neighborhood and broaden my familiarity with the different districts across NY, I wouldn't necessarily rate Astoria as a must-visit. It is a mainly residential area with older buildings, and the few visitor-friendly sites are fairly spread out, necessitating lengthy walks without much to see in between.


We arrived into Astoria by taking the N train out from 59th St (where it was a speedy 10 mins or so to 30 Ave). Below are the stops we made over the afternoon:

A European market featuring a large open olive bar and an open meat and cheese counter (plus lots of unique packaged European treats). Interesting but not worth a whole visit to, as it's ultimately just a supermarket. I just realized that one option could be to buy some picnic items here and then take them to enjoy at the Socrates Sculpture Park (next site) 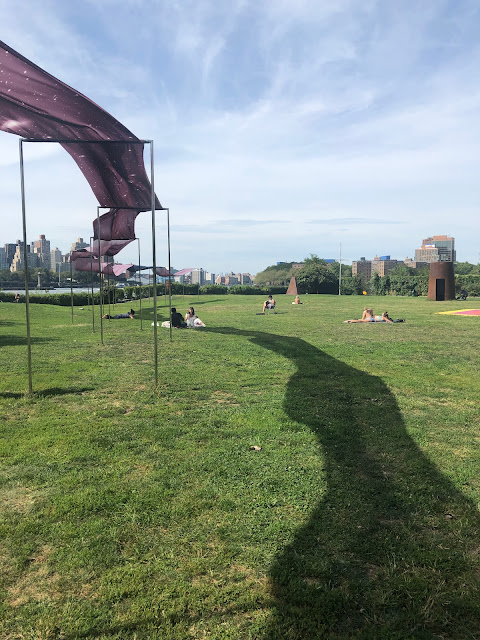 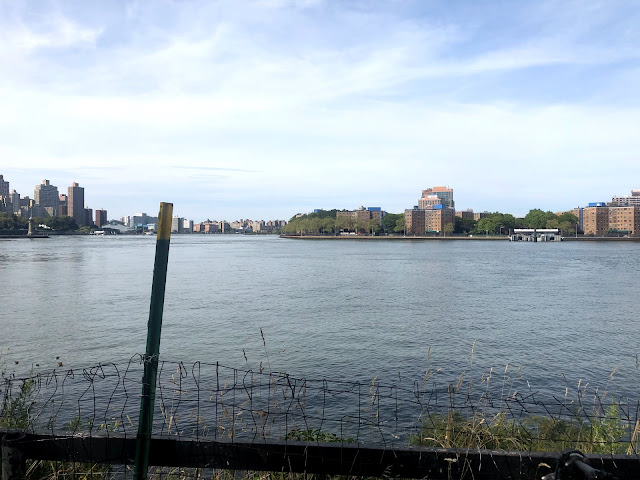 It's a bit of a hike from the 30 Ave subway station (at least 20 mins walk), taking you through some nondescript residential areas in Astoria, but if you head straight west from the station you will eventually arrive to this gem of a park by the water. It's not large, but it has a nice communal feel and features beautiful views of the Manhattan skyline, as well as interesting sculptures. You can also find artists at work here. Not a lot of seating though (literally just one bench I counted), so best to bring your own picnic blanket if you're planning to sit here. A cute park, and looked like there were some trendy restaurants nearby as well.


If you walk along Astoria Blvd and then north about 30 mins, you will arrive at the much larger Astoria Park which lies right below the Robert F Kennedy bridge and features outdoor tennis courts, lots of benches by the water and plenty of shade. It was a good place to catch your breath and relax with the numerous families in the area that are out and about with their children. It also has gorgeous waterfront views of the bridge and a nice walkway right by the water - just go north past the tennis courts.

Not going to lie though, the walk over isn't particularly great, though you do pass by some interesting murals. 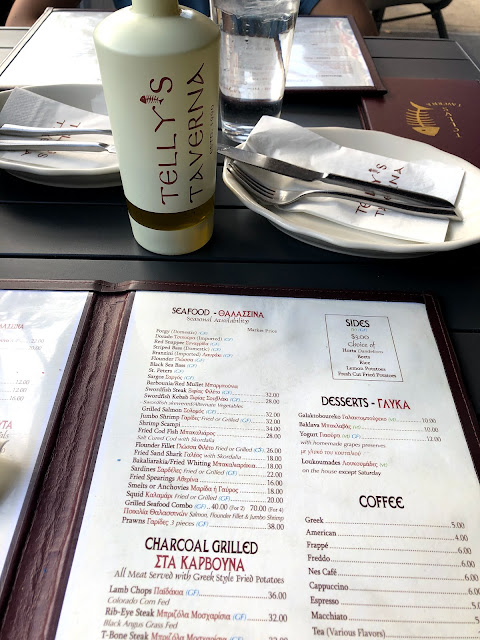 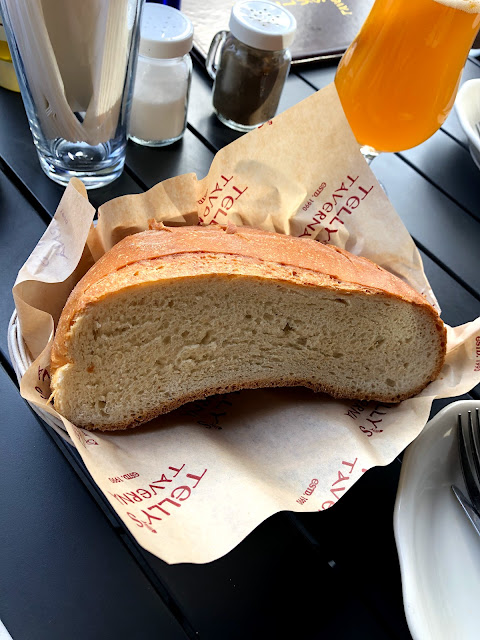 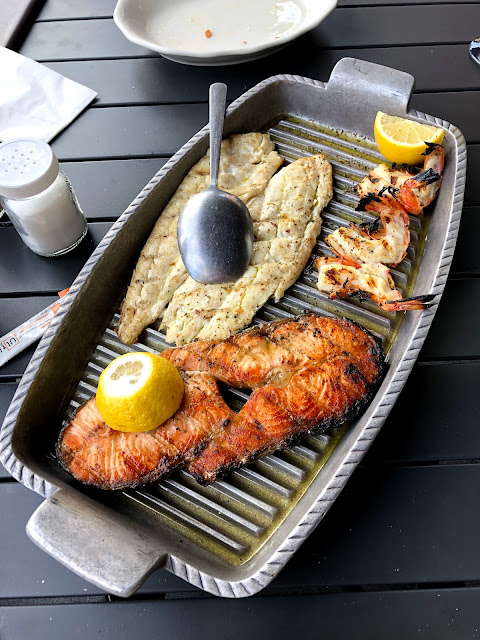 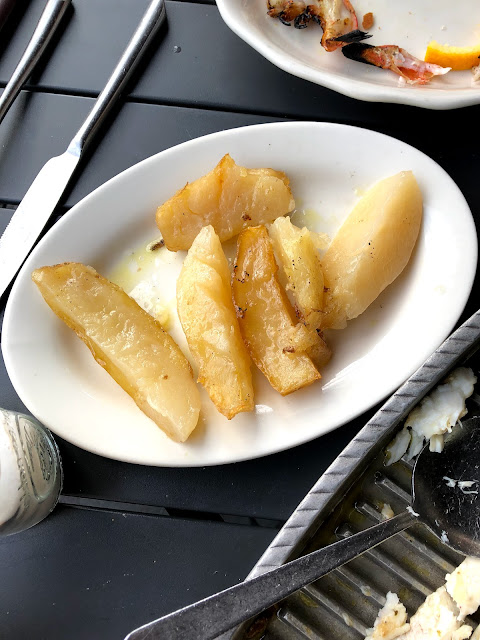 From the park, walk straight along 23rd Ave (which has a number of cute looking restaurants and spots) to Telly's Taverna. We chose this place for the number of reviews, but there were a number of other Greek restaurants in the area that also had good reviews. I would give this 5-stars for the service and ambiance, as the staff were really nice and we were able to sit in their quiet patio area right outside the restaurant (which is very spacious inside as well).

I also loved that they had quality olive oil at the table and gave a tasty, soft loaf of bread to dip it with. We ordered the Seafood Combo for 2, and in retrospect wish we'd just gone with the shrimp as that was by far the tastiest item. The seafood was slightly overcooked, which is the only flaw for the place. Get the Lemon Potatoes as a side if you go - they were excellent. 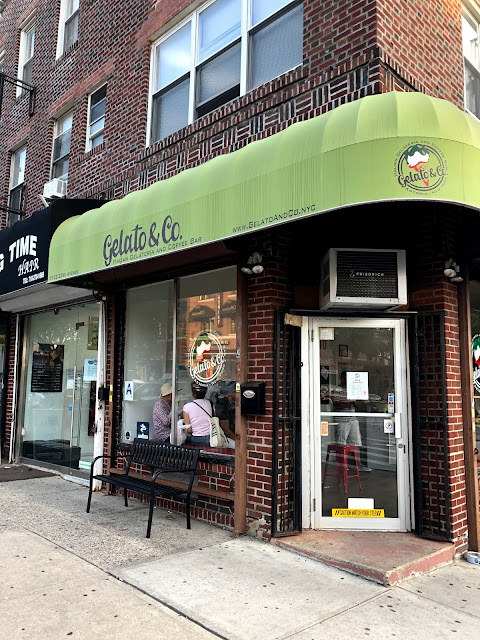 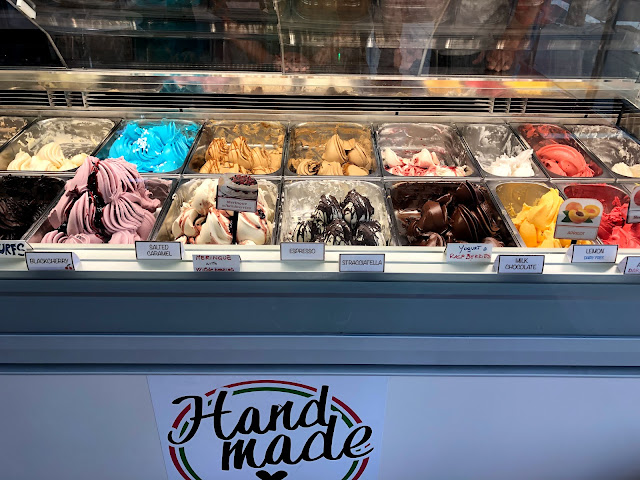 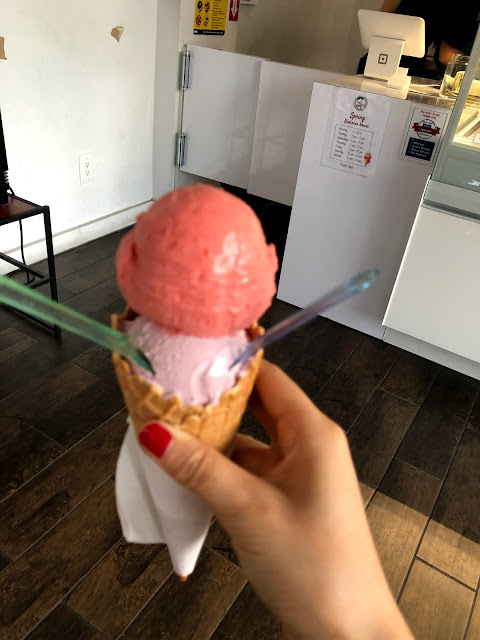 Right across the street from Telly's is the 5-star rated Gelato & Co, so be sure to just do dessert there. They had a number of flavors, which the lovely staff allowed sampling of. We chose the Strawberry and the Black Cherry, both of which were tasty. There was also a line out the door when we walked by later, so be sure to go early. 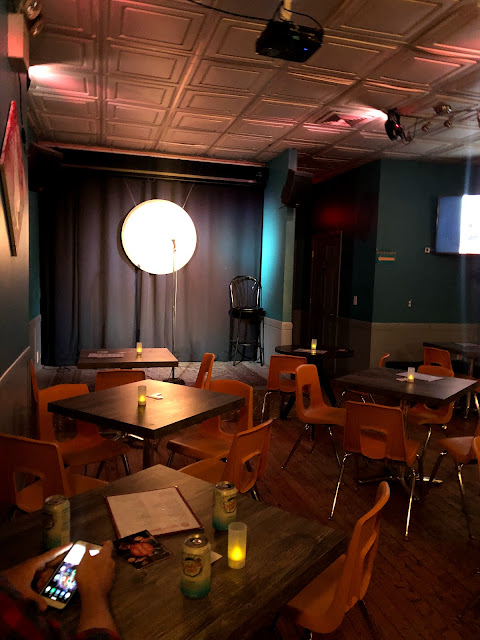 To end the night, I had bought tickets to a 7:30 show featuring 5 various stand-up comedians. Will be honest here - this was by far the best stand-up I've seen, with one of the comedians being downright painful to watch. Some funny moments though, and for $10 a ticket it's a relatively affordable evening activity (and very close to the other stops along 23rd Ave)

We headed back to the city with the N from Ditmars Blvd Station, which was only a couple mins away from QED and made for a quick ride back.

As I mentioned, while I enjoyed the day out and it's worth it as a NYC resident to visit, it's probably not worth a dedicated trip. In retrospect, perhaps an easier and less walking heavy itinerary would be to get off at Ditmars and just meander along 23rd until you hit the park, and then go back along for the restaurants, as this area is definitely where most of the visitor-friendly sights are. You can pass on the Euro Market / Socrates park without missing much IMO.

Also for reference, below are some other places I had looked up but didn't get a chance to visit this time around (all close to Ditmars):

Inside Astoria: A gift shop in the area, closed at 7PM otherwise would have gone in. Has glowing reviews on Google which is always a good sign.

Bohemian Hall & Beer Garden: Looked like a fun spot for an evening out, and supposedly the oldest beer garden in NYC.
Email Post
Labels: Travel