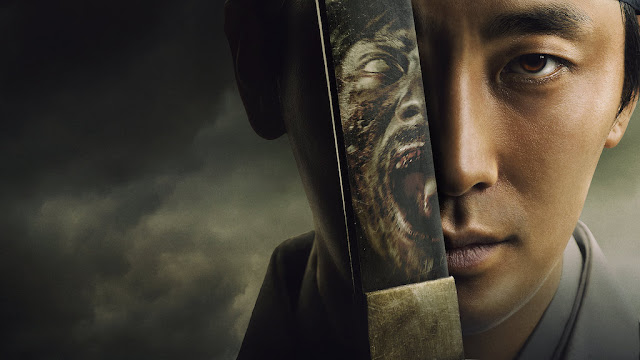 Kingdom, written by Kim Eun-Hee of Signal fame, is one of the first fully Netflix produced Korean dramas, and is also one of the first thriller Korean dramas that I've completed in years. I don't consider myself a fan of the horror or thriller genre, preferring cheery and sweet romances to terrifying, action-packed fare, but Kingdom is one of the best dramas I've ever seen. It features an impressive cast (Joo Ji Hoon, Ryu Seung-Ryong, Bae Doona) and an ominous yet enthralling mythology beneath its horror story roots. To call it merely a zombie horror is to not do it justice, since the tale wraps around so many fascinating characterizations and layers of myth and ethos in its telling. 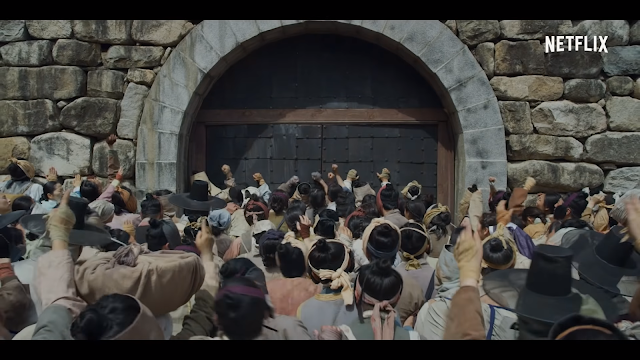 Kingdom tells the tale of Joseon's Crown Prince Yi Chang, the illegitimate and only child of his father, the king. The story begins with rumors of the king's death and the reputed hold that the clan of Minister Cho Hak Ju, whose daughter is the pregnant Queen Consort to the King, has over the king. Yi Chang, powerless under the purview of his in-laws, seeks to figure out the truth behind his father's rumored illness of the past 10 days, which sparks a journey across Korea and the fabled beginnings to the undead plague that will soon spread across the nation. 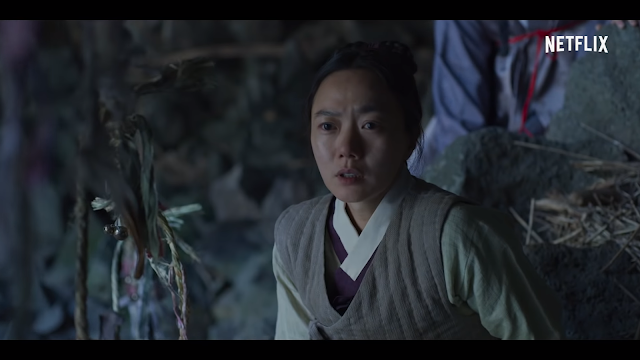 Along the way, he joins forces with Bae Doona's Physician Seo Bi who stands at the heart of the plague and seeks to unravel the mysteries of its origin. Other key characters include a mysterious fighter who meets Bae Doona while a patient at her clinic, a cowardly but good-intentioned magistrate, and the Prince's bodyguard, the oft-seen sageuk legend Moo-young. They confront the mysterious illness, which quickly takes over entire cities in the nation, all while Minister Cho and his daughter try to contain the secret in their palace.

Everyone is beautifully cast in their roles, with Joo Ji Hoon a particular standout. He's absolutely perfect as the self-doubting, troubled yet inherently good Crown Prince. This role made me remember how much I love him, especially in dark twisty fare, and he delivers like no other. Plus, this guy was literally born to play prince roles - he can pull off the haughty yet relatable characterization better than anyone else. Bae Doona is less of a standout here as her role at times falls to the wayside, but she does her part in making Seo Bi a mix of terrified, determined and sharp as a knife. The magistrate and Moo-young are just purely likable, making you root for their individual survival even despite their limited screentime. And the villains, particularly Ryu Seung Ryong and the actress who portrays the Queen Consort are maddeningly dark and evasive but gripping to watch. 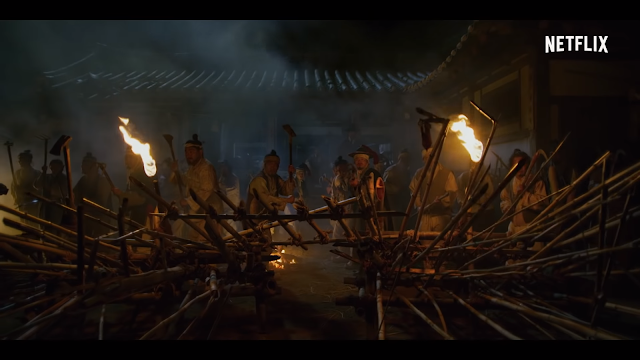 What I love about Kingdom is how quickly the story unfolds, with never a dull moment as our heroes try to stay alive. We move briskly along, with the timeline of the drama unfolding in a matter of mere days, as each night brings new dangers and risks to them and their country. We hear of new findings about the illness alongside our characters, and root for them as the situation grows increasingly dire. 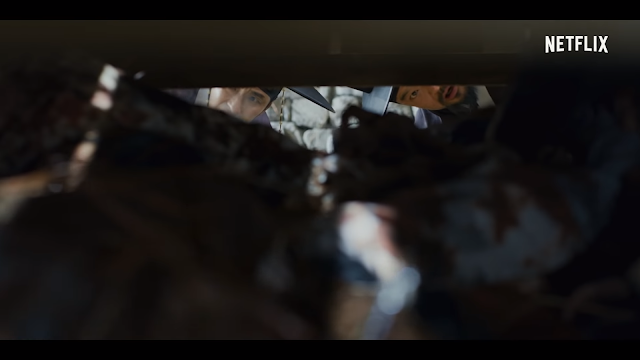 That said, this is also one scary drama. There are grotesque sequences featuring the undead, and plenty of characters meet their doom in one gory fashion after the next. It's definitely not for the faint of heart, but I do believe the story and characters more than make up for it. It's also decidedly less scary as the story progresses - episode 1 shook me up as it introduced the initial cause of the illness and pulled out all the horror stops, but soon you're used to the undead mannerisms and the tale moves from a focus on the horror to a focus around how our main characters survive. My recommendation is to at least make it to episode 3 - I was almost too scared to move past 2, but it definitely gets better and less scary as the story moves along. 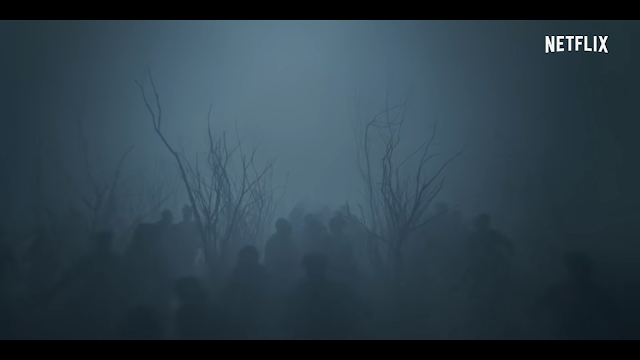 It's also a very dark drama, quite literally. Given much of the horror takes place at night, many of the sequences are filmed with only slight lighting, further setting the mood but also as a practical point making it slightly difficult to see. And unlike other Korean dramas, it's coming at us in a multi-season format. Season 1 was released Jan 25, 2019, and Season 2 is underway. Season 1 is a nice, binge-able 6 episodes long (each episode is an hour) and ends in true season fashion on a frustrating and nail-biting cliffhanger, with a big reveal made. Suffice to say I can't wait until Season 2 comes out (hopefully Jan 2020)

Also for international viewers, this show is dubbed and subtitled in more languages than I've ever seen - including in English for those preferring no subtitles (which is how some of my coworkers watched).

Let me know if you watch and enjoy it! 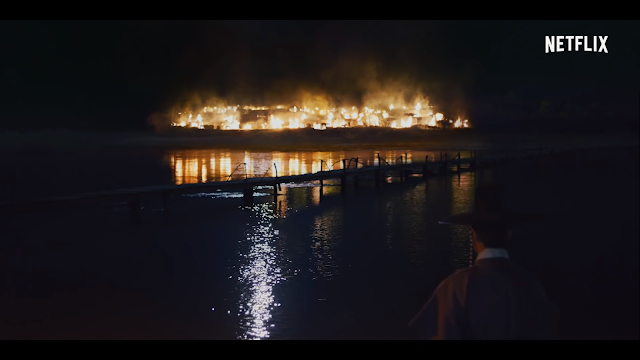