I'm moving ahead and calling this the best drama of 2019, and one that even long-time Kdrama retirees will lap up and adore. When the Camellia Blooms hits all the right notes, remaining uplifting, funny, edge-of-the-seat-suspenseful and romantic, while avoiding so many Kdrama plot traps and cliches. It navigates through its story with precision and ease, perhaps a bit languid at times, but never failing to pick back up and deliver its punches with whole-heartedness and tear-inducing heft. I love this drama, and can't recommend it enough. 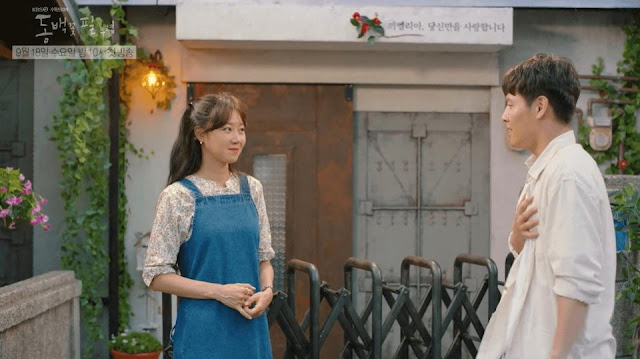 When the Camellia Blooms centers around two characters, a single mom who owns a bar in a small town, Dongbaek (played by the always soft and lovely Gong Hyo Jin) and a younger, slightly dweebish police officer, Yong Sik (played to perfection by Kang Ha Neul). There's a whole host of side characters, from both of the leads' mothers to the other residents of the small town and Dongbaek's precocious son Pil Gu. It's a noona-dongsaeng romance, but also a serial killer thriller and an incredible look into human relationships and love. 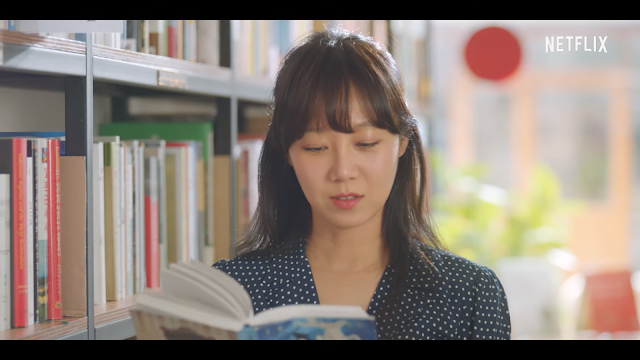 The story spans several months, although there are significant flashbacks into Dongbaek's initial arrival into Ongsan seven years prior. Dongbaek begins as an outcast in the conservative town for the fact that she's a single mother and runs a bar, but over time the residents open up to her presence. She takes in another outcast, Hyang Mi, who lives in the bar and works part time. 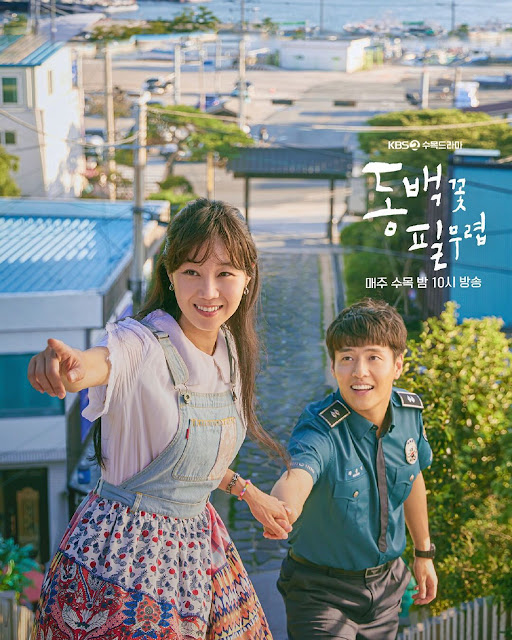 The relationship between Yong Sik and Dongbaek is such a lovely tie for the whole series. They are opposites in some ways, but also intensely similar in their view on relationships and their giving natures. I found it so adorable when Yong Sik develops a crush on her, and pursues her despite her initial lack of interest and hesitation. It's the classic devoted younger man storyline, and it always works for me. I'll also note that I never liked Kang Ha Neul in any of his prior roles - he has tended to be anemic or irritating, but in this first role after his army service I am completely won over. He adopted to Yong Sik's mannerisms with complete dedication, from Yong Sik's country accent to his habit of staring up and blinking quickly when nervous. His chemistry with Gong was also undeniably strong, not passionate so much as full of a warm sort of forever-love you'd expect between these two characters.

In terms of the other characters, I loved the way the drama balanced them out, making each person feel like an imbued member of the whole. The towns people, and ultimately the Joker all felt like real personas with as fulsome an arc and feel as could be granted in their shorter screentimes. Those closest to the leads, including the two mothers, Pil Gu, Ji Suk and Hyang Mi were all endearing and wonderfully acted, with more than one of their storylines making me tear up. 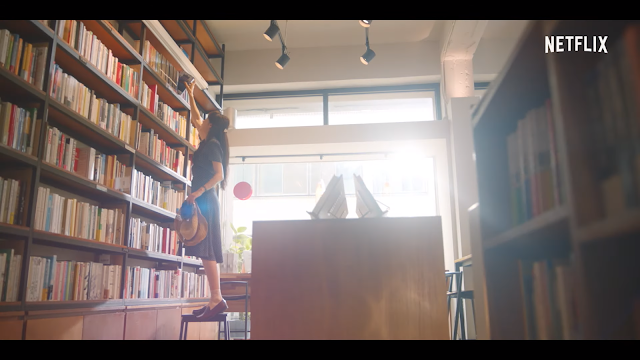 The production itself was lovely, really developing and expanding the vibe of a warm small town. I have to make a glorious call-out to the fact that there was no product placement - this was a fully Netflix funded Korean drama, and my goodness did the quality show. It also made me realize how distracting product placement is even when I think I'm used to them. Camellia thankfully spared us from the absurdly bright Subway logos and minutes wasted depicting phone features, which all too commonly distract us from the dialog and realism of other dramas. I also loved the warm hue with which the entire drama was filmed with (save for the green-tinged Joker sequences), which further added to the cozy ambiance of the show. 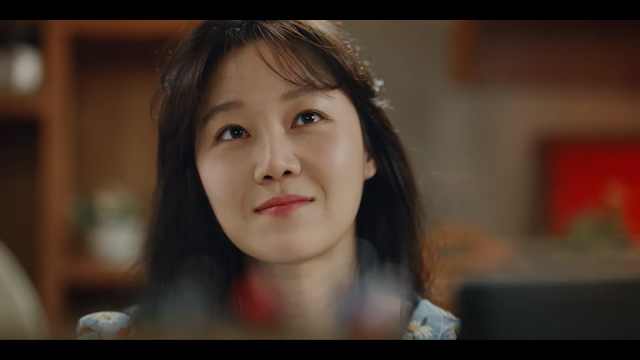 I grant the writer the ultimate credit, and will need to go back and watch Fight for my Way to see if it's as well-done as Camellia. Each episode here was written with intent and care, with thoughtful pacing and connections that emerged as you worked your way through the story. I loved how each episode's title also connected to the primary theme explored in that hour, providing a message that you could only understand at the end. 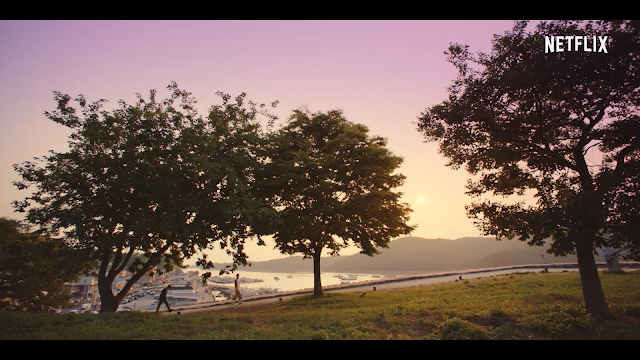 For those that haven't watched this or started but stopped, I will also add that the early episodes can feel quite slow and that it wasn't until past episode 4 or so that I was really swept up into the ambiance and theme. Episode 1 didn't paint Dongbaek in the most appealing light either, as Gong can come across a bit pathetic with her simpering tone (something the drama mentions, but which doesn't undo the irritation until you get to see her fleshed out into a whole person). The peanuts-drama of episode 1 with Gyu Tae wore with my patience, as ultimately Gyu Tae's overdramatic ways and the actor playing him is too pitiful and hilarious for us to hate him or to think of him as sleezy, so rather than making us feel pity for Dongbaek when she withheld the peanuts, it made her come across as pretentious and penny-pinching.

But my advice is to stay with this drama, and sooner or later you'll be won to the charms of its entire cast. 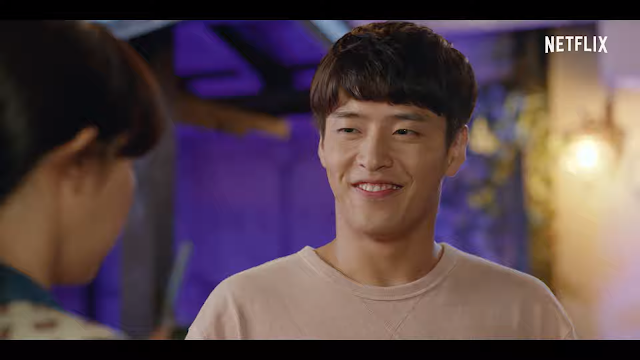 There were a few arcs that I wanted to go through with more detail, as they were truly too interesting to not discuss. The first is the episode that features Hyang Mi's death, wistfully titled "Forget Me Not" which is both an ode to Hyang Mi's origins and untimely fate. It was the first episode that had me bawling, as in its core it centered around the unconditional love between the two women. It was so tragic and yet so poetic in its entire execution and pacing, weaving from having you feel annoyance at Hyang Mi's money-grubbing manners, to sympathizing with her, to finally feeling the gut punch when she unknowingly takes the fall for Dongbaek. A perfect episode if there ever was one.

The twisty reveal of Joker's identity was really wonderfully played. I loved the way the story first shines suspicion on Heung Sik (in The Hero Appears at the Last Minute), only to draw it back and introduce his father, only to reverse course and make the final reveal. It was expertly done, and this is how mysteries should be written, with the audience never ahead and always in lock step with the hero. Joker's persona in itself was also masterfully written, giving us the scares and element of suspense, but never spending overlong with his presence. The well-earned justice at the end also felt so true to the comical yet serious vibe of this drama, with Dongbaek exacting a perfectly done glass throw at him and all the ladies descending to wreck their own revenge. It was so glorious and satisfying. 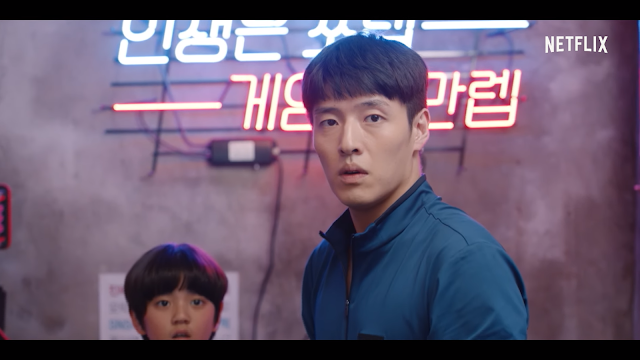 I will say that Pil Gu never quite appealed to me, although I tend to be annoyed more often than not by shrieky young characters in Kdramas. While Pil Gu was undeniably well written relative to other drama kids, and I liked that the drama never let us forget or hid the fact that Dongbaek was a mother with heavy responsibilities, I still found him at times immature and at times unrealistically mature in his dialog and development. The only moment that felt real, but that also quite irritated me, was his plea for his mother to remain single at the end of episode 18. Thankfully the drama didn't try to entertain this for long, but it did bring on a very unnecessary bout of noble idiocy and forced separation, which is a terrible cliche for a show that otherwise steered clear of cliches.

I also admittedly wasn't a huge fan of the last minute kidney transfer save in the end, as it felt like the drama baited and switched us with all the tragedy of Dongbaek's mother dying, only to pull it back like a joke. That said, I did love the character, with all her humor and coarse love and tragedy, and it was ok with me to have the drama end on an uplifting note with Dongbaek finally surrounded by an army of people who loved and cared for her. It just felt a bit too much like a play on extreme filial duty, to literally have one's child donate one's kidney without complaint to a parent. It worked in the context on Dongbaek and her mother's relationship, but on its own I wasn't a fan of the concept or the themes implied from this narrative.

The last thing I'll mention is that I wish they'd at least attempted to age Yong Sik and Dongbaek in the final scene of the drama. Surely it couldn't have been that hard to give them some grey hair and glasses or such at the very least, to make a physical demonstration of how much time had passed. By literally not doing anything besides tying up Dongbaek's hair, that scene really lost a lot of its potential power, as I was distracted by how they literally looked exactly the same. I felt similarly about the flashback scenes with Dongbaek's mother - I understand they wanted the veteran actress to do the meaty moments rather than the younger actress (who was perfectly cast from a visual sense), but the moment lost a lot of heft for me when you had a very visibly senior actress trying to play off being a 30 year old hostess. 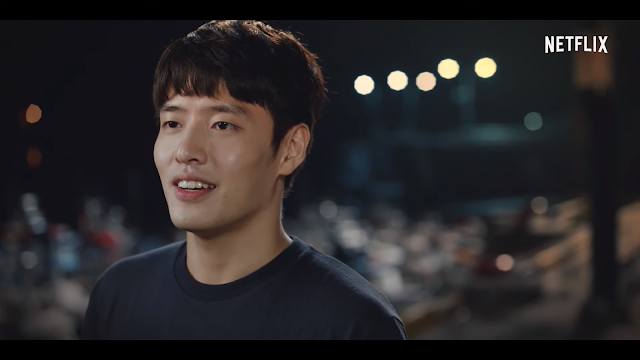 Qualms aside, this was a wonderful drama and one that I will continue to remember fondly. It's also a perfect story for the holidays if you haven't watched yet. Highly recommend, and let me know your thoughts if you also watched! 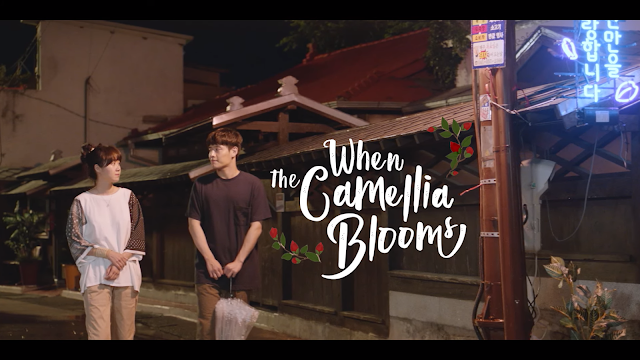