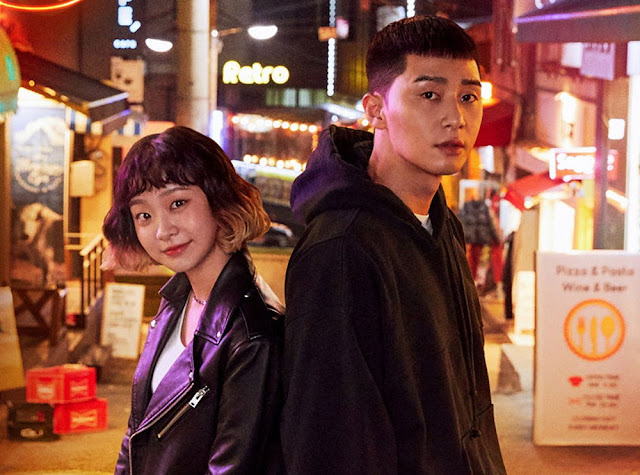 In my post on what I've been watching, I highlighted Itaewon Class, including everything I found refreshing and was enjoying about the show (at that point I think I was about halfway through). Unfortunately, I ultimately found it to be a letdown, particularly in the final stretch starting around episode 14. I figured I'd do a more holistic review now that I've seen the majority of the show, including what made the close such a cold disappointment versus its frenetic beginning.

I mainly watched Itaewon Class on the recommendation of a friend, who told me she found it refreshing and interesting. Originally, I couldn't make it past episode 1, as the story felt like a bombardment of cliches and tragedies (the do-gooder father who passes away in the child's youth, the exaggerated class bully, the very black and white conflict between "right" and "wrong", and the cliche childhood romance). Thankfully, the show did prove me wrong and break past a number of these seemingly predictable plot points, with one big break being that the childhood romance is NOT the final OTP.

There was also a nuance and depth to its hero-building that I found incredibly compelling - sure Park Saeroyi encountered a string of coincidences and rather unbelievably amassed enough wealth in a fast-forward moment to rent out a pricey shop in Itaewon, but the story only begins from there. We see the realistic challenges to building a trendy restaurant in a crowded city backdrop, and we are with him as he makes his first real hires including Yi Seo and as they work together to slowly improve their offerings.

Yi Seo herself was one of the most refreshing heroines I'd seen in ages. She is clearly capable on her own, and falls for the hero long before he feels even the slightest of inclinations for her. The sequence highlighting her coming realization of her feelings for him, as he rescues her and they run through the streets of Itaewon, was an iconic moment, topped off with her secret kiss as Saeroyi falls into a drunk stupor (not her!) The other incredible scene is when she slips her hand in between Soo Ah and Saeroyi as Soo Ah attempts a kiss.

So it was an incredible disappointment and a disruption to the show's storyline and momentum when suddenly in the middle of episode 13, we skip forward 5 years and reopen with Saeroyi now a successful franchise owner (when we left off with him struggling to even open one franchise). Yi Seo also seemingly got a personality transplant to fit with her now conventional (and frankly unflattering and uncool) long hairdo. She went from spunky and devil-may-care to something of a desperate wet blanket, dropping unsubtle hints for Saeroyi to buy her a Tiffany smile necklace (a complete PPL-dropped nonsense plot point) and getting stereotypically sick in order for the show to slap us with the facts of how committed to Saeroyi she is.

When Saeroyi finally starts showing his change of heart, I couldn't help but feel unmoved, because at that point it was all but an inevitable outcome regardless of whether the two actually made sense together. In fact, I barely felt the chemistry between the two characters at the end, likely because all Yi Seo did was get sick on behalf of his company and make desperate pleas for his attention.

I also didn't like the fact that suddenly our spunky characters were all office VPs, wearing suits and being addressed as leaders. It felt unnatural, especially because we the viewer SAW NONE OF THE TRANSFORMATION thanks to the ill-timed fast forward. It made the characters feel even more alien from the ones we had grown up with and rooted for.

The final nail in the coffin of this show was the Geun Won storyline, which made him go from sympathetic and even pitiable to pure irrationally crazy. I was so disappointed that rather than delve into his humanity and possibly make him into a redeemed character (which he had all the makings of), they decided to use him to drive a climactic kidnapping plot line with Yi Seo to force Saeroyi's love to the surface. It felt cheap and convenient, and it undercut so much of my trust in the show to follow a logical storyline.

They had so many other interesting ways to fill the episodes, such as showing us the process of Saeroyi starting his franchises, or even spending more time on his complex relationship with Chairman Jang, but instead they squandered it on a forgettable and distracting plotline with a character who no viewer would have taken seriously from the start. I stopped watching at this point, and frankly have no interest in seeing what transpired because I don't find the story supportable anymore.

I also generally take issue with revenge stories that require multiple fast-forwards to resolve. As was the case with this story, by the time you get to the final moment of taking revenge, it almost doesn't matter. The story feels spent, and you start to think that it doesn't even matter because the target of that revenge has gotten away with their crime for decades now (and in the case of Chairman Jang, is about to die regardless). In that sense, it completely negates the story for me, because it makes the journey feel rather unnecessary and even pointless. 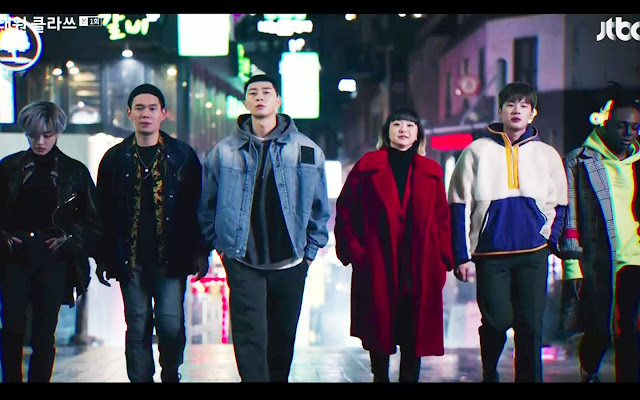 While the ending of Itaewon Class left me disappointed and tired, I do give it credit for showcasing a lot of storylines and diverse characters that most Kdramas won't come close to touching. I cried so much at both Tony and Hyun-Yi's stories. I wouldn't recommend it to others because I do put a lot of credence in a satisfactory ending to a drama, but that's not to say that there aren't parts worth watching. I guess I'm just sad the momentum and tight storytelling fell off in such a slapdash manner.
Email Post
Labels: Dramas Update Korea