As someone who works in the tech industry, I was naturally curious about how Netflix's Start-Up would fare. I also heard a ton of hype on this show from others I follow, which feels fair given this is a Suzy drama and she tends to bring in quite the fanbase. In summary, I thought the premier episode feel flat with tons of cliches, many coincidences, and too much time spent on childhood flashbacks. But I will be continuing to watch (see my episodes 2-4 review after) 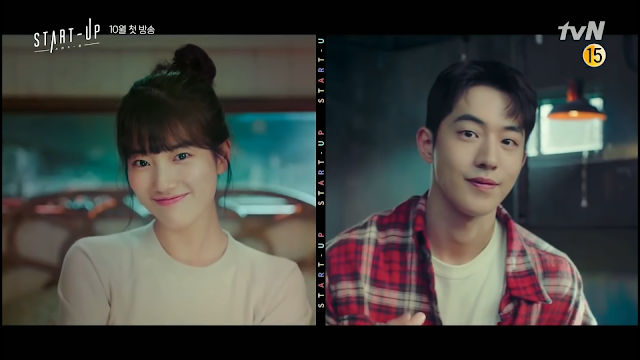 I'm neither a Suzy nor Nam Joo Hyuk fan (definitely not of the latter, who tends to feel overly young and one-note in his performances). Suzy is ok, and I agree with the consensus that her acting has improved quite substantially since her Dream High days. That said, there's something about her that just doesn't feel approachable if you get what I mean. Because she inevitably brings the whole persona of Suzy into her roles, with her obvious good looks and hype, it makes it nearly impossible to buy into her "every-girl" characters (like really, can we not try to pretend like she looks like and reflects any girl on the street?) 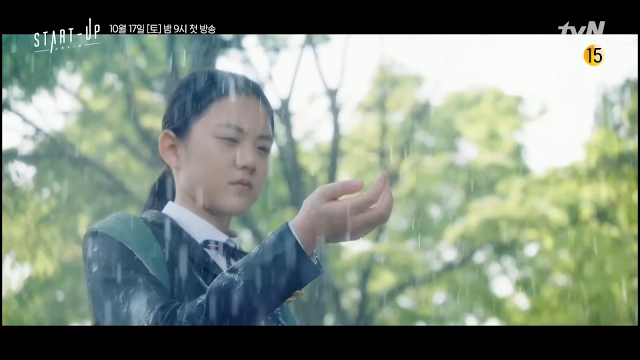 Overall, after episode 1 I was left interested enough to continue watching (especially as there is no other K-drama on my radar right now), but also very annoyed by the fact that the drama wasted almost the entire hour on a flashback rather than diving into the story. This is a commonality though to Park Hye-Ryun dramas (I Hear Your Voice and Pinocchio had similar childhood exposition-led first episodes) but Start-Up's backstory just felt particularly forced and tragic-cliche-ridden. There's so many absurd suspensions of disbelief required here, that I very nearly put the whole thing to the shelf during the whole divorce flashback. It's never explained why the mom decided to run away with only the older daughter, basically leaving her younger one to fend for herself without ever checking in through the years. I mean, cell phones and the internet clearly existed by that point in time, so one can presume she could have at least figured out how to Skype call her daughter occasionally. And really, you're telling me the mom felt zero guilt at literally leaving her second daughter to be raised in abject poverty by her grandma while she waltzed about in designer garments with the older daughter?

Next, let's talk about Dad's overly tragic and RIDICULOUS (yes, in caps) death. Rather than feeling sad, I was left speechless and angry as OF COURSE he would be hit by a car the moment he tried to cross the street during a red (we've all seen enough dramas to where we would have been screaming "DON'T DO IT YOU IDIOT"). And I called that brain hemorrhage a mile away, because 1) nose bleeds in Dramaland are always overly dramatized and 2) we knew he had to die at some point, given we know our heroine grows up poor and has some beef with her sister. And the fact that he was played by the absurd manager in It's Okay to Not Be Okay also made it hard for me to take seriously (like we just saw you being the funny guy in the other drama, I can't buy you as some eager beaver father).
I was literally blown away and left chortling at the fact that Dad appears to have died with no one around him realizing on a bus, clutching a box of chicken. Like how gruesome (poor bus driver/cleaner who had to deal with that after!) I am thankful though that they left it off there, and didn't slam us with a hospital death scene plus overmuch drama/tears, as there was enough of that already with the divorce. 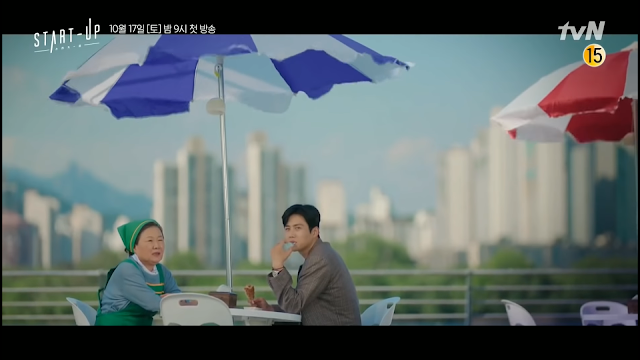 One of the saving graces to the predictability of episode 1 is the fact that Mr. Pen Pal is NOT the main lead, and that instead his misnomer who doesn't even appear until the end of the episode is actually our main love interest. If they tried to throw a childhood thwarted romance on me I would have bolted. And I quite enjoyed the dynamic between the Grandma and Han Ji-Pyeong, which was touching and sweet in an authentic way vs. the forced way of the main character's parents' separation.

I will concede that Nam Joo Hyuk, at least with his longer hairstyle has that nerdy boy programmer look, which seems to be fitting for his character. I'm still not convinced he has ever successfully carried a romance, but I guess he must have his share of fans given the big leading roles he's somehow landed.

I'm hoping this rival sisters drama doesn't overstay its welcome, partly because it still feels very plot-devicey to me. From the flashbacks, we can see that they were very affectionate and caring of each other well into their adolescence, and I don't believe a bond like that can just sour out of the blue. And they better explain why the mom hasn't even tried to reach out to her youngest in a decade. Overall, I wish the set-up for this show were done with more care and reason, rather than the slapdash mix of coincidences that allows the formation of a rootable, downtrodden heroine and a conveniently placed romance. 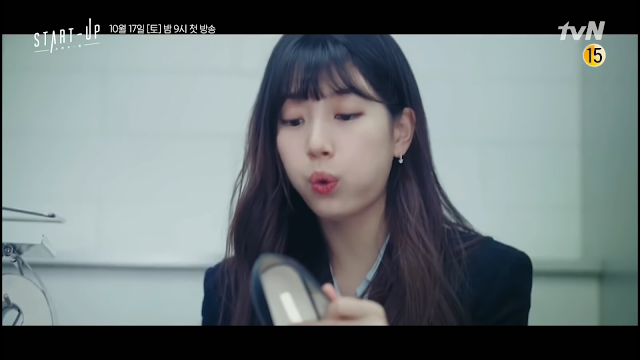 I'm also hoping the tech doesn't continue in this overly aspirational vein - yes, we live in the era of unicorn start-ups, but that doesn't just mean any old Joe on the street can suddenly predict the existence of the App Store infrastructure a decade before the development of the iPhone and become a billionaire (which is apparently the premise of this show). It's so much eye-roll that my head hurts. Let's trek on and see.
My advice would be to fast-forward through all the flashback sequences in episode 1, save for the moments between Grandma and young Ji Pyeong. Get quickly to the adult moments, as that's when the story really comes to the forefront. 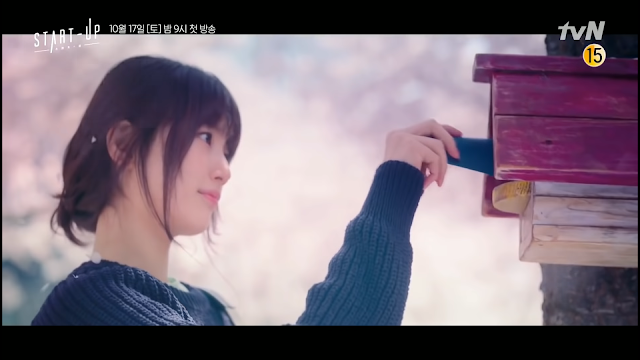