A Night to Remember (1958): Film reactions and thoughts generally on the Titanic sinking 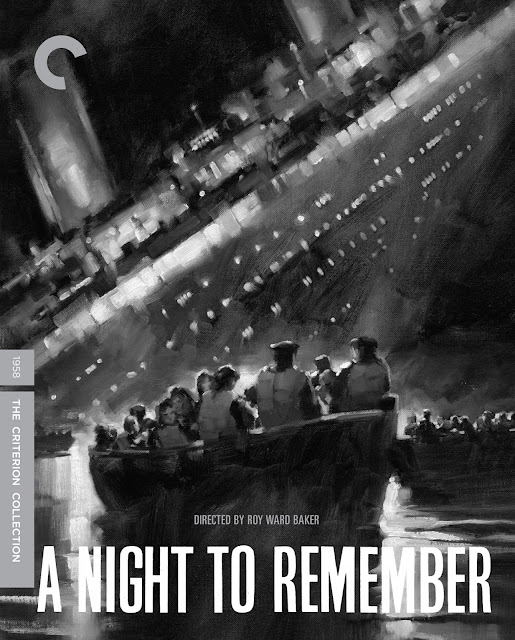 A Night To Remember

Alright, so this isn't the usual happy Kdrama fare I go through, but ever since I came across ship sinking YouTube videos my feed has been pushing me towards more and more Titanic and other sad sinking events, until I felt compelled to watch this 1958 black and white movie rendition of the sinking (on top of a million National Geographic, History Channel, and other clips on the actual event, including a rather morbid real-time CGI recreation of the sinking, complete with screams at the end 😨. Wow will I never be able to forget the final 2 minutes when it feels like everything happens at once).

This film actually isn't as horrific as the latter, despite featuring an impressive cinematic recreation of the event (honestly, the production quality is truly impressive if you consider the day and age this was made).

You can listen to my discussion of Titanic's sinking and my learnings here as well if you're interested (Spotify, Apple) - just go to the halfway point of the episode

The only thing is that since this was filmed prior to the actual discovery of the Titanic's ruins in 1985, they don't quite get the sinking correct. In case you also have a dark curiosity for this, the main difference is that up until the discovery of Titanic's ruins, there was controversy on whether she split in half or sank intact. We now know that indeed she split in half just minutes before she went fully underwater. This is because the bow had entirely filled with water, which caused it to weigh about 3x what it would have been empty. As the bow sank into the water, the stern was lifted up into the air, which resulted in a level of stress on her beams such that they snapped the ship cleanly in half once she was about 60 degrees lifted.

Anyways, re-reading about the event in my adulthood as filled me with a new fascination and terror for it. For a very quick and well-done recreation of how she sank to the ocean floor, check out this 3 minute James Cameron narrated Nat Geo clip on YouTube.

What's truly the tragedy of the event is just how many things went wrong to result in what happened. Everything from the fast speed of the ship (it's thought the Captain was worried about being late to harbor, hence the speeding), to the deprioritization of the fateful telegraph message from the Californian, the Californian's radio operator turning in before the crash, the shortage of lifeboats, the fact that the lifeboats largely went out half-empty (and indeed, it seems the crew were overly focused on getting women and children on rather than filling up precious seats on the boats, resulting in much wasted time spent pushing men off the boats and searching for women and children to put in them rather than getting the boats out full as quickly as possible). It's all just such a pity combined with such unthinkable terror and tragedy, and that's why I believe to this day we have such an enduring interest in this ship's tale.
I mean the whole event is also something out of everyone's worst nightmares - it happened in the dead middle of night (2:20AM when she finally went under), in the bitter cold (the water was below freezing), on a moonless night with only the stars shining on cold, dark and still waters. Over 1500 people ended up going under with the Titanic, such that the survivors made comparisons of the screams in the final few moments to that of a crowd cheering in a packed baseball stadium. Brrr even thinking of this makes me shudder.
The movie does a decent job of showcasing the events of the night, from everyone onboard's initial disbelief and reticence to leave the deemed "unsinkable" Titanic for the cold uncertainty of the small lifeboats, to the panic that ensued once her tilting was unmistakable. Unlike the 1997 movie, there's no distraction of a protracted love story - it introduces our characters and then quickly cuts to the final night's events.
It also shows how the steerage members were barred from exiting up to the decks til the very end, truly indicative of the disgusting classism of that time. Indeed, consider that 97% of the first class women survived the incident (the only four who didn't largely perished by choice), vs the 89 women in third class and the over 350 third class men that died. Not to mention the brave and pitiful crew members, who struggled to keep the lights on til the final minute of the sinking and who had the lowest probability of surviving that night.
The film is largely through the perspective of the most senior surviving member of the crew, Charles Lightoller, who was the one that led much of the lifeboat filling and mandated the women and children rule. As heroic and level-headed as the movie paints Lightoller to be, we have to keep in mind that the lifeboats were blatantly underfilled, and thereby only 700 people were saved when nearly 1200 would have fit in the boats.
Indeed, the nice thing about the film and this incident as a whole is that it teaches us to never be arrogant about how powerless we are in this world, and also to keep our wits and senses about us in times of chaos. That night there was a a lot of bravery, but also a lot of disorganization, panic, classism, and other issues that resulted in the accident in the first place, on top of more casualties than needed. For that reason, it's important to keep the Titanic's story in mind, and to realize that nobody can ever predict what can happen. Arrogance is dangerous and can lead to tragic outcomes.
Email Post