Mr. Queen: The weirdest romantic set-up (but I'm into it?) 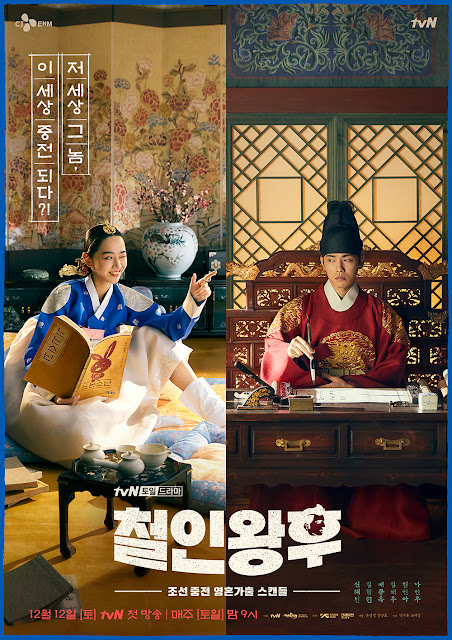 I picked up Mr. Queen solely out of curiosity - the premise is that a modern day male Blue House chef (played by Choi Jin-hyuk) is somehow transported into the body of a Joseon queen (Queen Cheorin, wife to King Cheoljong). Knowing that Korean dramas will inevitably always include a romance, and because I happen to like both Shin Hye Sun and Kim Jung-hyun (his character in Crash Landing on You was so wasted), I was intrigued. Would there be romance? If so, how would they believably set us up to believe that a womanizing modern man would somehow grow feelings for another man?

If you're also curious, I'll be going through this (with some spoilers) as well as touching on my overall thoughts on the drama as a whole. You can also listen to the discussion I had on my podcast here: 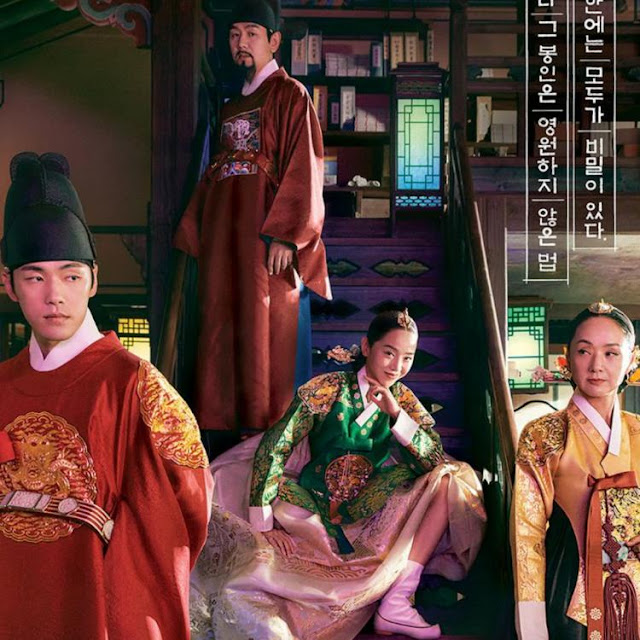 The thing with Mr. Queen is that there is A LOT of set-up and politicking. It starts with pure absurdity and almost off-putting comedy, when our modern man Jang Bong-hwan first wakes up in the body of Kim So Yong, the soon-to-be queen. We get perhaps an excess of scenes in episode 1 with Shin Hye Sun flailing about, speaking in a too-deep voice, and first meeting and arguing with the King.

Following this set-up, we start spending time on all the other characters, who frankly still confuse me. We have two evil Queen Dowager / mother figures, with the older of the two, Queen Sunwon / Grand Queen Dowager Myeonggung the true power wielder and head of the Kim clan which our time-traveling queen is part of. We have the King's concubine, Jo Hwa-jin, who's quite a sourpuss from the beginning. Our queen immediately is taken by her good looks and proceeds to hilariously hit on her, but she may as well be acting against a wall for all the reaction she gets from this lady.

We then get all the palace side characters, from her maid Hong Yeon to the very funny and clearly frustrated Court Lady Choi, and then our kitchen staff led by Royal Chef Man-bok.

In short, it's a lot of set-up and a lot of seemingly random story arcs and scenes that don't really serve a whole lot of purpose. The underlying tension is that King Cheoljong is trying to reveal the corruption of the Kim clan and get out from under the Queen Dowager's control. As a result, there's also an abundance of politicking scenes between him and his helps, which include his Royal Guard leader and some other dudes I can't keep track of.

While he's off doing this, our Queen is wrecking havoc and doing all sorts of pretty illogical things in the palace. There's a whole arc where she uses her modern-day chef skills to wow the Queen Dowager with her food. There's also a whole arc whereby apparently they emptied the lake which the true So Young drowned in that night and then proceed to try to fill it up - but this also doesn't really go anywhere. 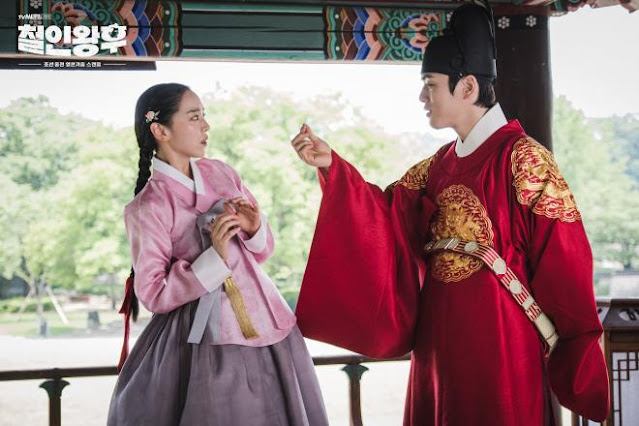 Now, for the romance. As of episode 10, it's pretty clear our King and Queen are indeed falling for each other, and this is by far the best part of this drama. We see our Queen slowly start to regain her (or her body's?) memories, which results in her losing Choi Jin Hyuk's narration of her thoughts (a true pity, I get they must have thought it would be weird to have the romance narrated by the guy, but honestly that's the whole point of this show so if you're going to do it, do it all the way I say!) She slowly warms up to and clearly becomes attracted to the King, with a passionate kiss sequence at the start of episode 9 that was one of the most satisfying kiss scenes I've seen in a Kdrama for a long while. 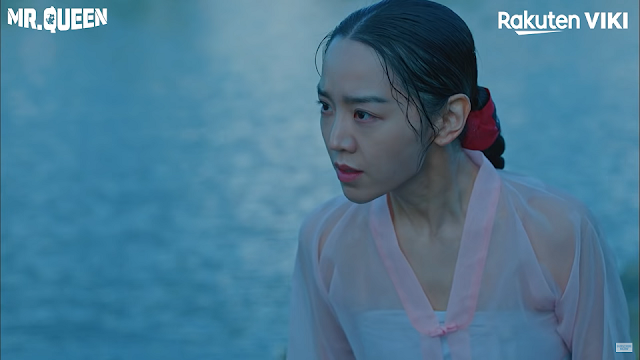 All the while, the Queen tries to resist her growing feelings, as her head remains at least partly ruled by her male soul. Her struggles with her feelings are comical, with plenty of narration as she slaps herself and appears horrified as she finds Cheoljong increasingly attractive. 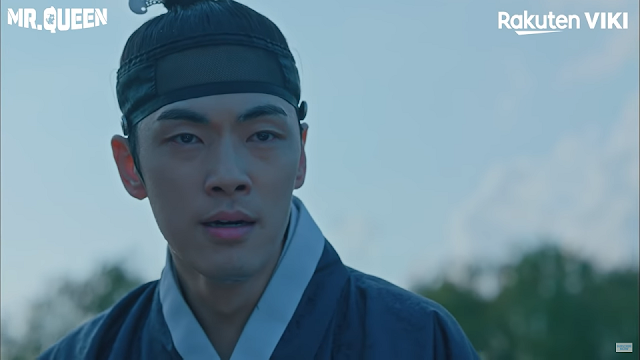 Our King of course has no idea of the male presence in her mind, and finds endearing her rough qualities and modern way of speaking. It's cliche, but the actors carry it through, and it helps that the two have incredibly chemistry.

At this point, I'm still only mildly interested in what's going on with the fight for power / the throne, and am purely watching to see how our Queen's reluctant affections continue to grow, and importantly how they resolve this body-swap + time-travel dynamic to their romance. Will Choi Jin Hyuk's body simply die in the modern world, leaving our Queen forever in her new body? Will So Yong's soul ever come back? I also found it odd that the way the soul transfer worked was that So Yong had to kiss Bong Hwan in the water.

I'm hoping Choi Jin Hyuk has a bigger role to play than the very small cameos they've relegated him to, because the whole body swap piece is so interesting and he's a big part of the appeal to the premise.

In fact, my biggest frustration so far with the drama (besides the excessive amount of scheming by all the side characters) is that So Yong remains so helpless despite having the soul of a former Special Operations modern male. If you're going to give us that premise, then you should take full advantage of it and give us a strong heroine who DOESN'T need to be saved every day. Unfortunately, she's still frustratingly quite weak, and seems to need guys to save her at all points. The only quality she's carried over is her cooking skills, but that in itself isn't all that impressive. Why couldn't we have more moments like when she carried Cheoljong up the well on her own? Does she not have any fighting skills to show, and is she ok suddenly being such a physically helpless player in this new world? She's also quite literally stupid in a lot of parts - obviously don't go running off into an alley or traversing around in the dark while drunk.

I'm curious to see where this story evolves, and rooting for her to show more strength in the episodes to come, though keeping my hopes low on that.