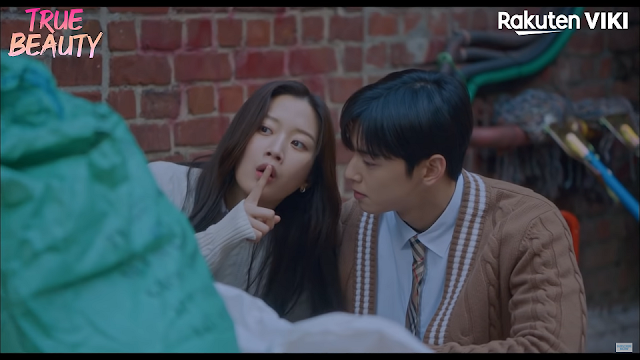 Alright, this post had to be made because Episode 10 was so frustrating that I'm boiling over. Firstly, I'm finding it increasingly difficult to relate to Ju Gyeong. Episodes 5-8 had me generally on her side, because she was so cute in her (supposedly unrequited) crush on Su Ho. But following Su Ho's confession in episode 8, she's become increasingly strange and downright unlikeable.

You can listen to our discussion of how the show went downhill here:

Let's start with her response of trying to hide her relationship with Su Ho. I guess I just don't buy why anyone would go to such extremes to hide a relationship, even with the supposed fear of other girls. The whole sequence of her fake rudeness to him and her requests for him to hide at every moment in public felt really frustrating and exaggerated. Like girl, just let it be. Your classmates will deal with it. 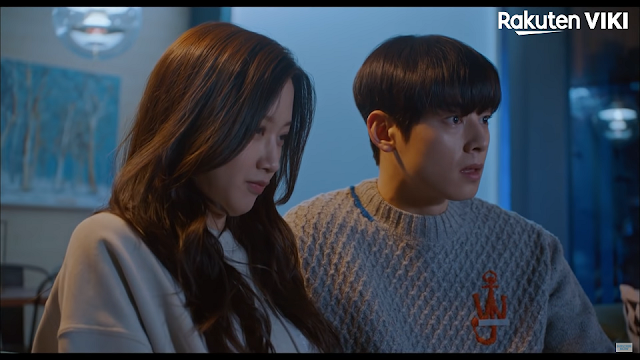 Now let's get into the most frustrating element of the episode, the Su Jin drama. Su Jin generally has become a caricature second lead villain, maintaining a crazy obsession on Su Ho and refusing to accept that her friend may actually have a good relationship with him. That's on her, but Ju Gyeong's response is frankly even more immature and offputting. The key to any relationship is communication, and it seems like Ju Gyeong's lacks any common sense or general competence in this department. Why would you blame Su Ho for the fact that a girl likes him? Why wouldn't you talk it out with either or both Su Jin and Su Ho? This passive aggressive meanness to Su Ho had me so frustrated that I pretty much lost all regard for Ju Gyeong after this. 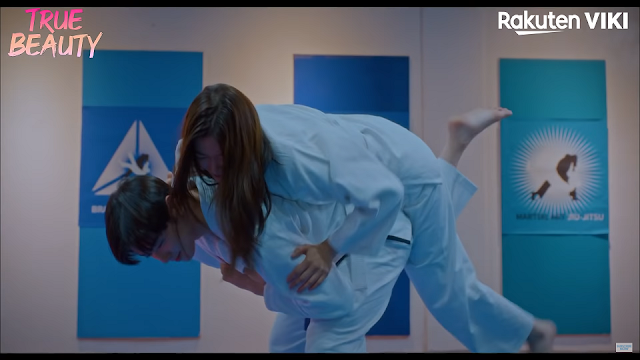 Su Ho after all went out of his way to try to understand and communicate with her - he found her at work, he waited for her in the cold, he tried to call and initiate conversation, and every time Ju Gyeong just shut him down like a wall. This reminds me of something I learned recently, which is that the #1 sign of a marriage that will end in divorce is stonewalling, aka when one or both people refuse to communicate and give each other the silent treatment. It's a very childish and unhelpful response in real life relationships, and it literally seems to be Ju Gyeong's  go-to response to any challenging situation. She doesn't even try to hear her own boyfriend's explanation, and instead weaves narratives in her mind and festers over them. 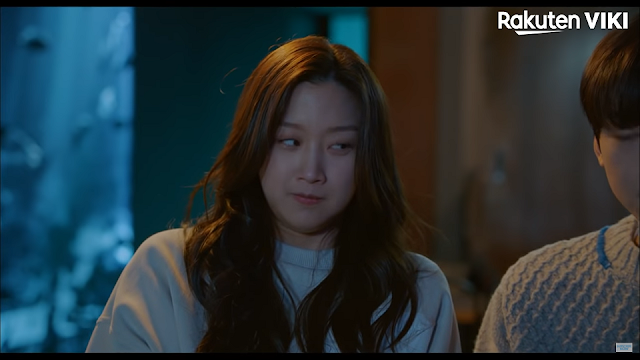 Now let's get to my other annoyance, Han Seo Jun. I warmed up to him ever so slightly in the last couple episodes, but that completely went out the window in these last couple. The main issue for me is that he's so clingy to her. I suppose that may be attractive to some, but for me it comes across as pathetic and desperate. Of course Ju Gyeong has so little personality or backbone that this sort of approach works on her, but it certainly isn't winning me over vs Su Ho's gentlemanly behavior and tender concern for her. 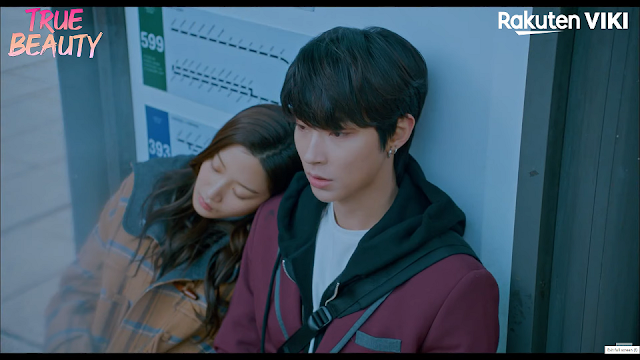 I've read some webtoon spoilers and read that Ju Gyeong apparently dates Seo Jun for a period which has me like 😒😒😒. Really girl? You can't pick one? Frankly also their entire ambiance and chemistry is more of friends than romantic partners. That's sometimes the issue I have with webtoon / manga series - in an effort to continue the story, we get all sorts of ridiculous arcs and too much drama for what it's worth (such an issue with Boys Over Flowers for instance). I'm really hoping we keep to a streamlined story here with True Beauty, and don't waste time with Ju Gyeong waffling back and forth. I don't think my heart can handle that, given how bad I already feel for Su Ho. 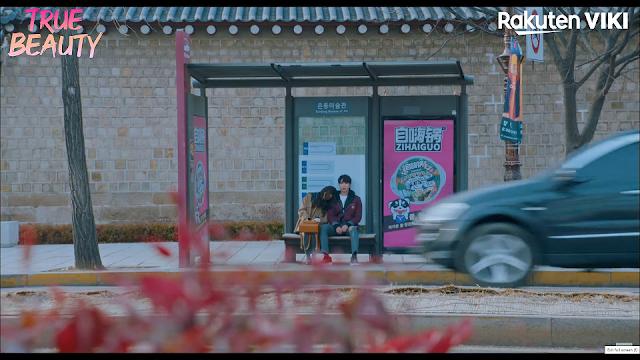 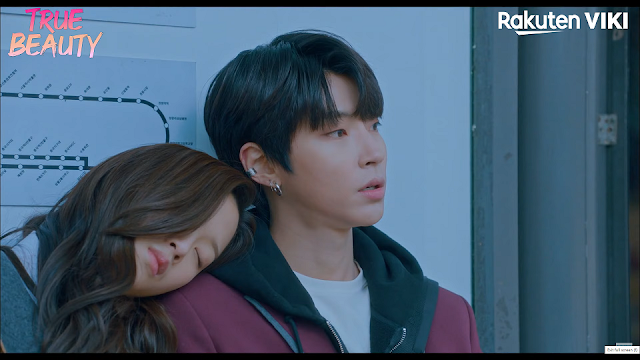 I also think I'm just really not a fan of Hwang In Yeob's look in this drama. The earrings, fine. But the excessive amounts of eye shadow and very clear foundation + lipstick on him is too much. Look at those eyes!! He has more eye shadow on than I would wear to work!! Not into it, I'm sorry. 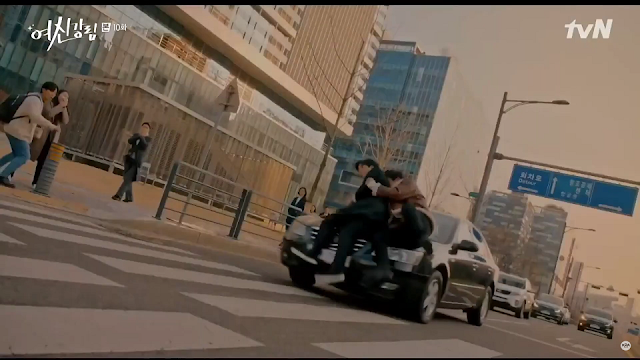 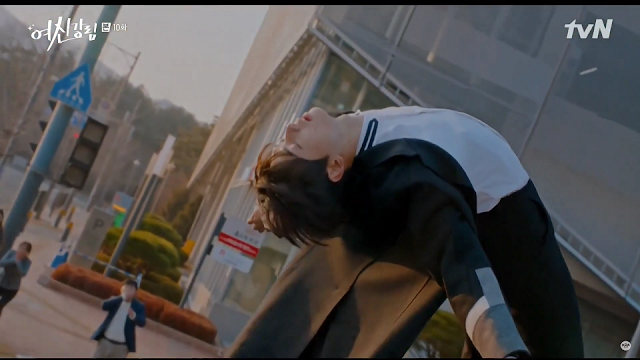 Lastly, let's get into the WTF ending sequence. We just turned from rom-com to melodrama in the span of 1 episode, and not even in a believable way. I always hate this post-halfway point in Kdramas - they always run out of cute plot and start going into crazy territory to maintain the rest of the show. It's literally always frustrating and so rarely done well, and I literally left the episode feeling cheated of my show. WTF dude I did not sign up for this crap??? 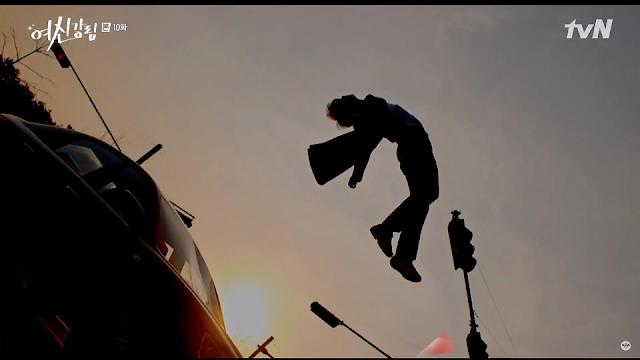