I was so excited by Mr. Queen as I'd mentioned in my halfway review - so much so that I sat through all the overlong scenes between the various queens, Kims, side characters and other clowns just to get a few moments of reluctant romance between our gender-swapped Bong Hwan and the King each week. Alas, that investment of time garnered no returns, as the finale is one of the greatest disappointments I've ever endured.

You can listen to me talk through my thoughts in my episode:

The key disappointment for me with the finale is that it felt like a socially conservative cop-out on a central piece of the story, which was the vaguely homoerotic romance between our leads. We see Bong Hwan gradually warm up to the King (against his preconceptions against falling for a guy), only to then be quite literally snatched away as his body reawakens. What follows is a series of attempts by the drama writers to placate a conservative audience while tying up loose ends. Bong Hwan in the modern day never once acknowledges anything that could pass for romantic feelings, while the King in the past is made to appear as though he's now accepted the Queen's original soul as his love interest.

It's an abrupt and unexplainable transition, and completely goes against the main thread that the story wove for 20 episodes. The King wrote a Queen's dictionary and clearly was enamored with the modern and ridiculous side of the Queen, and yet we're to believe he won't miss this soul's absence? Similarly, Bong Hwan spent episodes angsting over his emotions and even in the end reaching for the King, yet is satisfied to just read the pages of history and stare out on a sunset city view of Seoul? 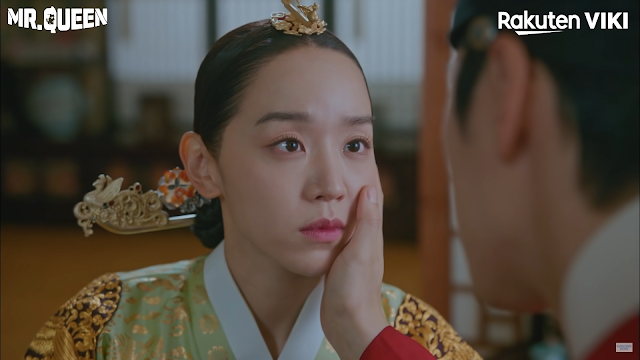 My other issue with the series which frankly irked me well before the ending is the overacting displayed by Shin Hye Sun. She's one of my favorite actresses ever, but I found her Bong Hwan barely tolerable at times. Most gender swap stories don't do a great job of the acting (just think of the very stereotyped portrayals of the other gender by Hyun Bin and Ha Ji Won in Secret Garden), and unfortunately Shin couldn't break out of a similarly overdone portrayal of a guy. 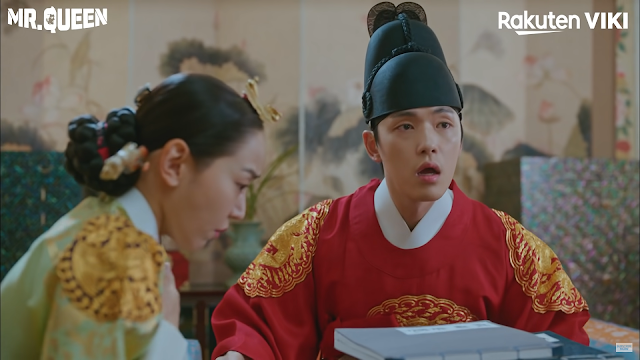 I managed to like the romance in spite of her forced acting, largely because the King was played nicely and the two shared chemistry together.

My lesson learned from Mr. Queen is to call it quits early on if a drama isn't quite capturing your attention. Much of watching Mr. Queen was like sludging through sequences I just didn't care about, so perhaps it's no surprise that there was no reward at the end given the experience of getting through it. Hope this informs your own decision on whether to give it a shot.