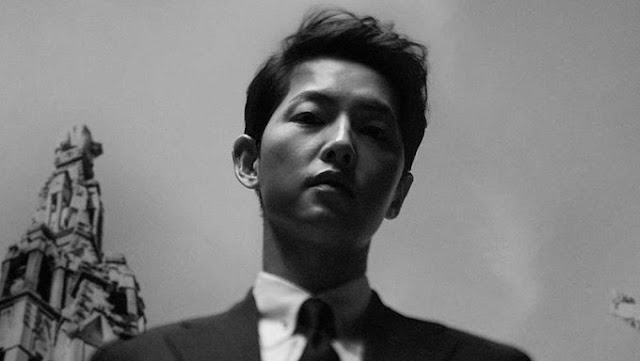 Oh Vincenzo. What a HUGE disappointment you've been to me, after your hyped up casting of Song Joong Ki (a true talent and totally deserving of his fame) and supposed high-budget high-stakes premise. The first 10 mins sucked me in and made me so ecstatic for what was to come - only to be quickly squashed once the campy, downright juvenile and overly draggy bones of the drama came to light.
Vincenzo's premise appears action-noir and impressive at first glance - we have Song Joong Ki in the role of an Italian Korean man bearing the catchy name Vincenzo Cassano, out to find the riches buried under a building in Seoul so he can take revenge on his Italian family (at least that's what I thought was the premise?) Unfortunately, the drama decides to take a "funny" twist once he lands in Korea and falls quickly to the trappings of snooze-inducing, unoriginal and frankly frustrating Korean drama tropes. The plot devolves into a series of legal courtroom plots to get the better of some EVIL (in caps) Korean conglomerate named Babel (the biblical reference to Babel is also drastically overused in Kdramas of late), all in the name of JUSTICE and GOOD. It's all so eye-roll inducing that it makes me furious at how this drama tried to hoodwink us into thinking it was anything more than a higher-than-normal budget version of the legal dramas that dominate Korean small screens. 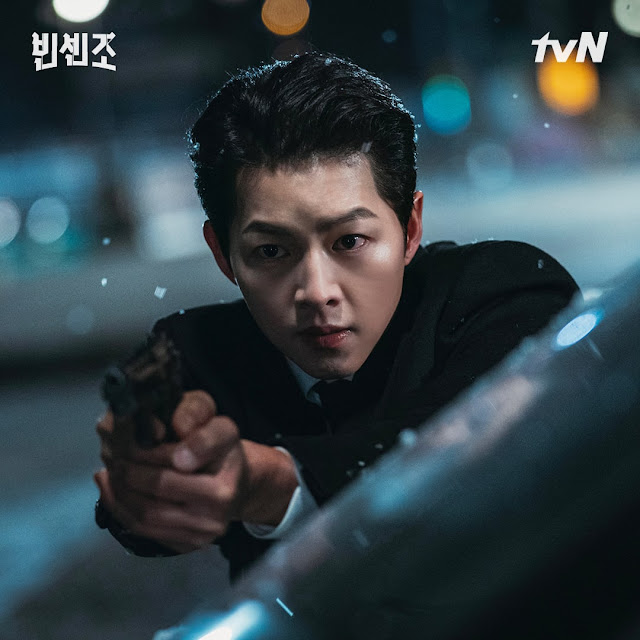 Rather than focusing on his complex foreign family dynamics or his supposedly impressive background serving as the consigliere to the Italian mafia, Vincenzo essentially becomes a corporate lawyer out campaigning for the little man of Korea, namely his very annoying and overacted neighbors. The forced romance plotline may be even worse. While Jeon Yeo Bin has earned acting accolades in the movie world, here she's an overacting buffoon, no doubt in a forced attempt to make her a "fun", goody-two-shoes foil to Song Joong Ki's gravitas filled Vincenzo. She stipulates that they won't kill anyone (in a bid to no doubt appeal to conservative Korean audiences) which frankly is just another annoying, ham-handed plot choice. 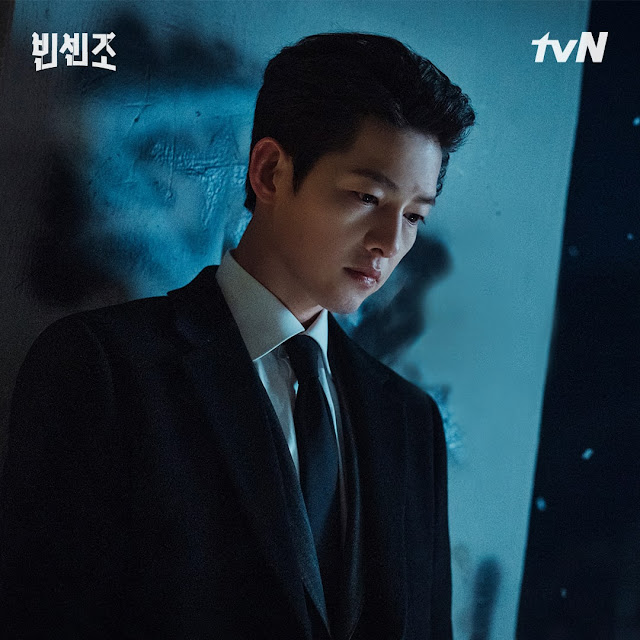 I'm sorry, but am I expected to buy that this man who's grown up in the mafia and shot and killed the men that came after him in the first episode is suddenly too good and unwilling to use any violence? In one horribly done sequence, the drama again hoodwinks us - they give us a built up negotiation sequence that results in the seeming shooting of a man, only to then pull that back and try to make us believe that this was all just a staged act because the legal apprentice is conveniently a former movie effects worker. WHAT IN THE WHAT?? Meanwhile, they can also somehow get away with committing grand larson using complete amateurs to burn down a secured lab facility 😒
Vincenzo has thereby revealed itself to be an inconsistent and toothless cliche mess, and frankly it speaks to the general frustration I've been feeling with Korean dramas of late. The shows are afraid to make their leads do anything that may be "villain-esque" which ends up robbing the story and lead heroes of any complexity or interest. I understand not showing violence or death if you're doing a normal corporate rom-com on a broadcast network, but c'mon - this is a cable network drama that billed itself with a former mafia lead. Clearly the writer came in over her head here (for what it's worth I also strongly disliked the overly campy and too long Chief Kim which is what she's famous for).
Let's now talk about the villains of this story, which are just the icing on the cake of annoyances. First is the former prosecutor woman, who the drama makes into a gross joke. For one, she's played by an actress that should just stick to doing nice mom roles. I can't buy her performance as a villain, and she's incredibly ill-suited for the role here. Second, rather than presenting her as a respectable and charismatic villain, they show her as a dancing buffoon in most of her scenes (one who also accuses kids of sexual harassment when they make fun of her dancing and sweating grossly in a public place in her intro), who also has a penchant for removing her shoes and scratching her socks. Nasty, nasty NASTY. Can we not get any respectable female characters who aren't also caricatures here? Clearly not. 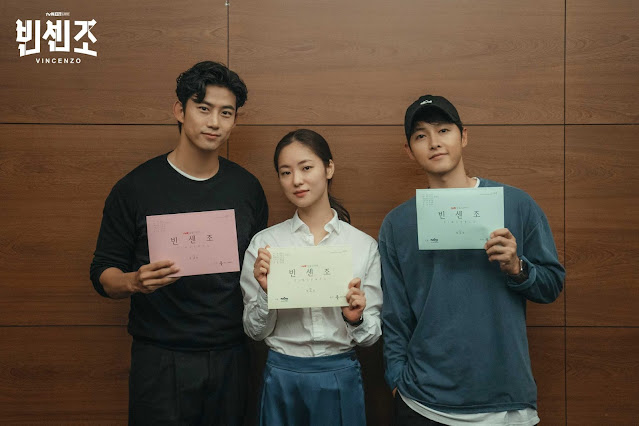 And now...Taecyeon. Who plays a guy that supposedly hides as a bumbling intern by day (does he have a crush on Cha Young? Who knows but I don't care) but is secretly the villain behind Babel. Are your eyes rolling into your head yet? The casting and the character on all fronts are just completely a joke. No one watching believes Taecyeon is capable of presenting a serious villain, and his overuse of random English is grating and comes across pompous. Yes Taec, good for you that you can speak English because you grew up in the States - maybe Koreans find that impressive but for the average English speaker it's just another groan-worthy unnecessary bit of dialog and forced acting. This role is so miscast that I don't even have words to describe it. You're expecting me to sit around and watch Song Joong Ki battle for 20 episodes against Taecyeon? HAHAHAH
Side note, but someone like Kim Ji Hoon who played one of the most jaw-dropping villains I've ever seen with aplomb in Flower of Evil as well as a stunningly good portrayal of a psychopath in Tower of Babel (what a connection that would have been to!! going from one Babel villain to another!) would have been so perfect here. Someone with gravitas, experience, and the ability to handle dark dialog and make it feel genuinely terrifying. Alas. My only guess is they had to hire "cheaper" actors for the other roles in order to afford Song Joong Ki's pay (which also probably explains the female lead).
The few positives I have for this drama are 1) the soundtrack. This feels like it's in the right show - it's moody, evocative and original - who doesn't love classic operatic music to drive ambiance? 2) Our male lead, purely because he's Song Joong Ki. Otherwise he seems to be in a very different drama from his peers. 3) the special effects. I think they must have blown all their budget in the opening sequence from Italy, but its cool to see the nice cars and the explosion and fight sequences. Too bad the bulk of screentime is spent floating from one irritating and useless side character to another (we've gotten more scenes of the plot filler neighbors than we have fight scenes, which I find a crime).
My recommendation - give this drama a strong pass to make a statement as to how we're over this cliche, overbudgeted garbage that tries to disguise itself as a drama with real stakes. Don't even waste a minute of your time on this.
Email Post
Labels: Dramas Update Early Impressions Korea Song Joong Ki Vincenzo